Monument – Signpost and the Throne of Borojević

The monument – signpost, built by the 43rd Infantry Regiment, was erected in honour of the commander to the 7th Austro-Hungarian Corps, Archduke Joseph, and also had the function of a signpost since it gives the distances to Lokvica and Kostanjevica. The throne of Borojević (the Emperor’s – Borojević’s Stone Chair) was named after the commander of the 5th Austro-Hungarian Army, Svetozar Borojević von Bojna.

Pečinka, with its 150 meters of length and 22 meters of altitude difference, is an oblique cave of natural origin (70% of today’s cave) which proceeds in an artificially excavated tunnel, reaching the summit of the hill Pečina, height 308. Despite the presence of mineral deposits in the cave, the stalactites and other formation are quite damaged. The cave is important also from the archaeological point of view since several fragments of prehistoric pottery and remains of human bones were found during smaller probe-researches in 1909. The pottery resembles in shape the one of the Castellieri culture.
In order to exploit natural caves and chasms, the Austro-Hungarian Army established Unit for caving construction of VII Corps with 500 people, led by speleologist eng. lieutenant Alois Peter Bock. Pavel Kunaver, Slovenian naturalist and pedagogue (1889-1988) took active part in this unit between 10 March and 15 April 1917. The unit explored and fixed up more than hundred caves, most of them were readapted for military use. Generally, Russian prisoners were employed to carry out the construction work.
During the First World War the Pečinka cave served as shelter for soldiers. It was first occupied by Austro-Hungarian Army, but during the Ninth Battle of the Isonzo at the beginning of November 1916 it passed into the hands of Italian troops and remained in their possession until November 1917 when the battles on the Isonzo Front ended after 29 months. The cave was equipped with bunk beds for soldiers and cabins for officers. The summit of the hill Pečina was used as an observation point with the reflector installed. 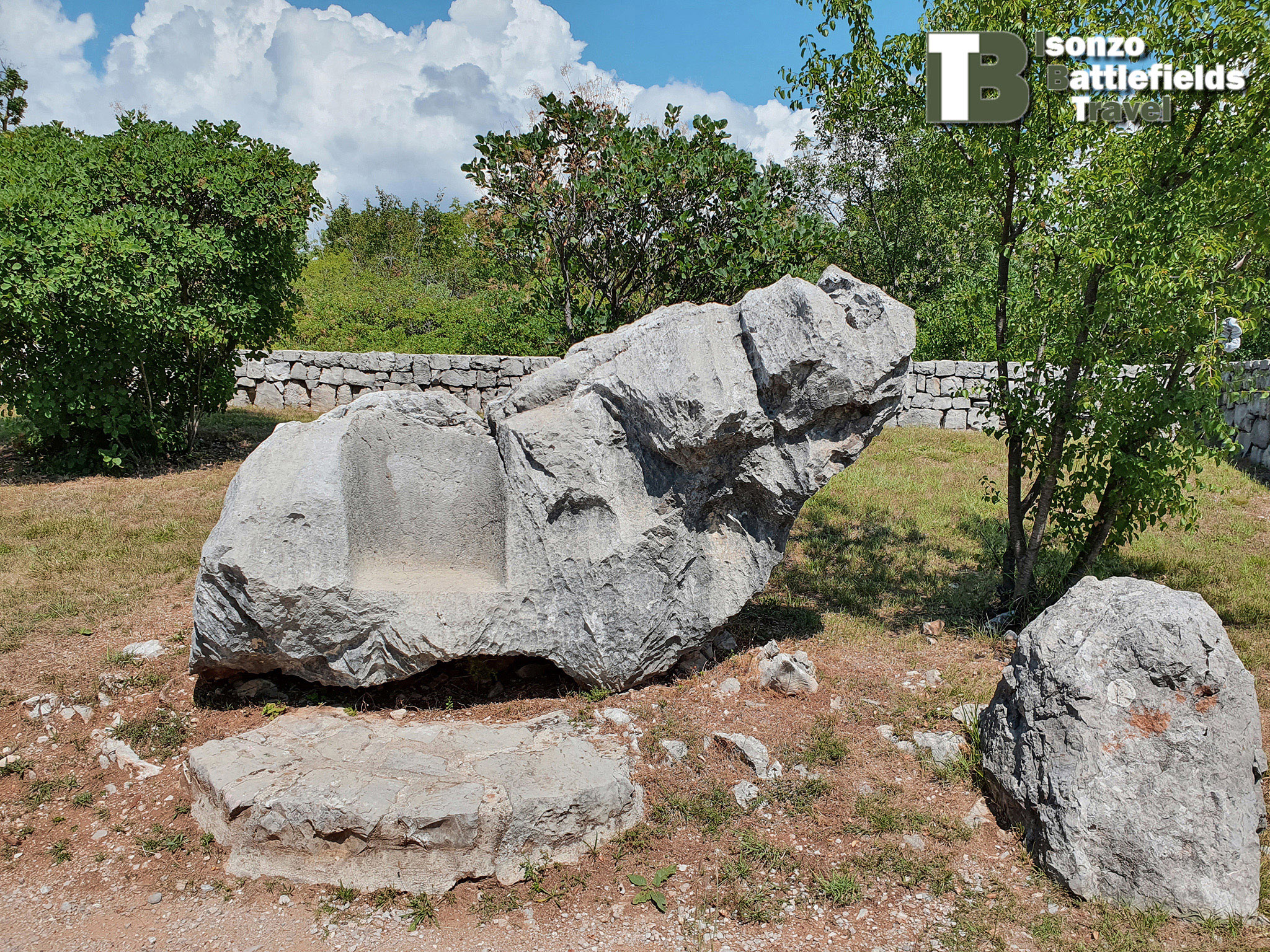 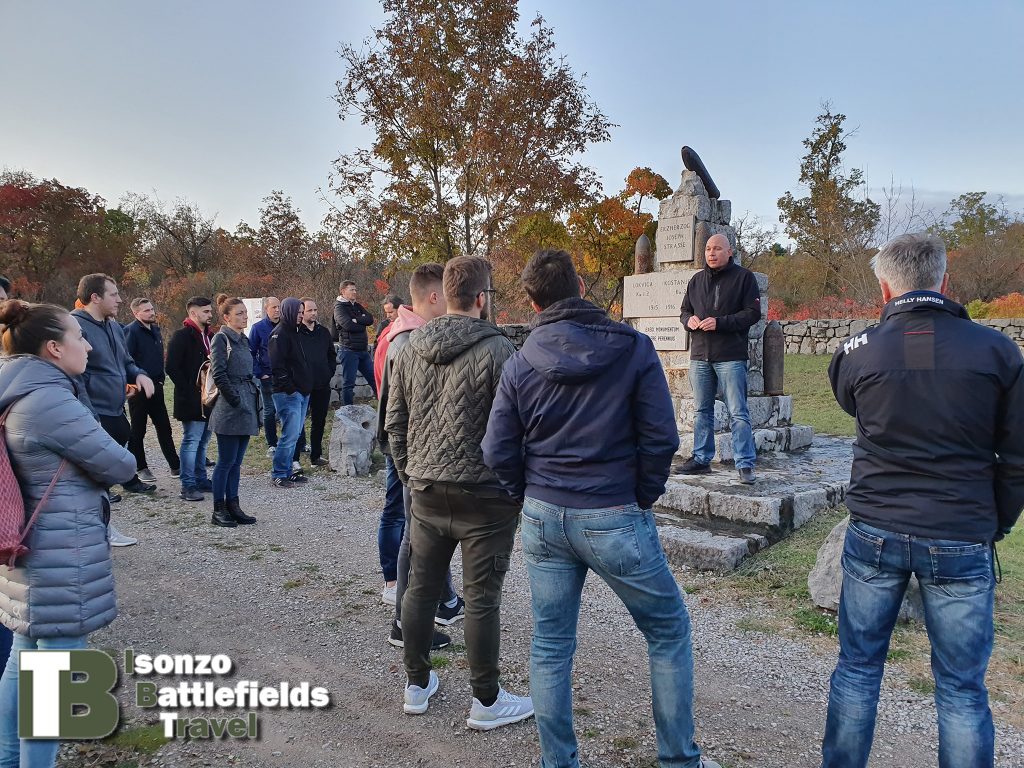 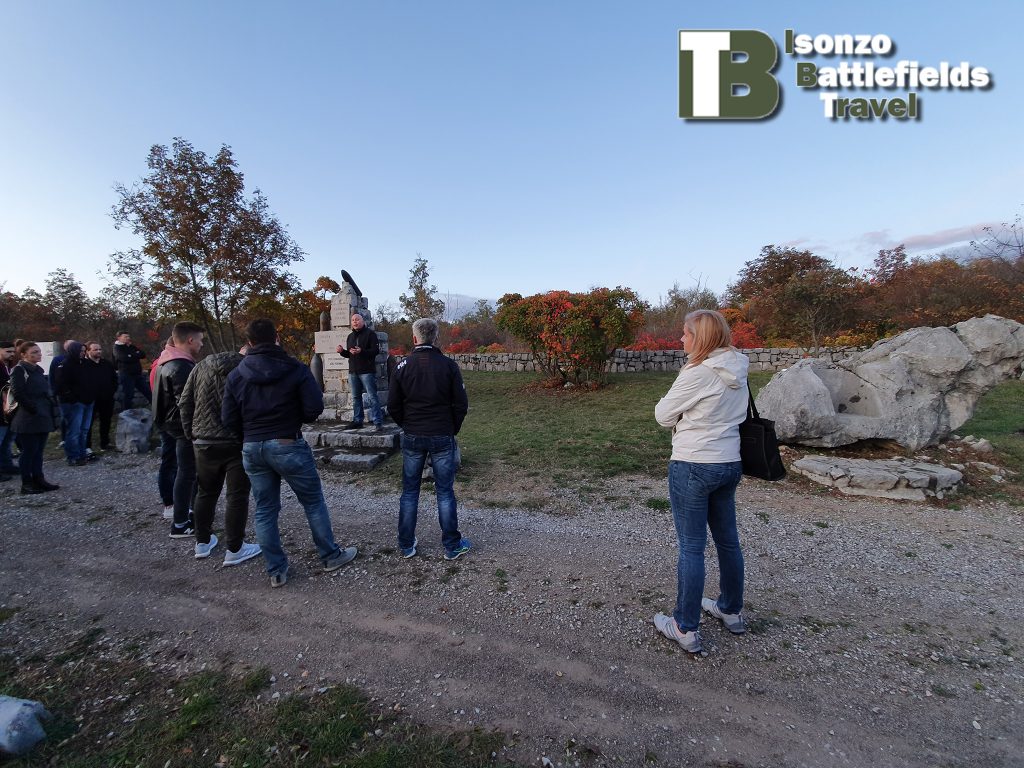 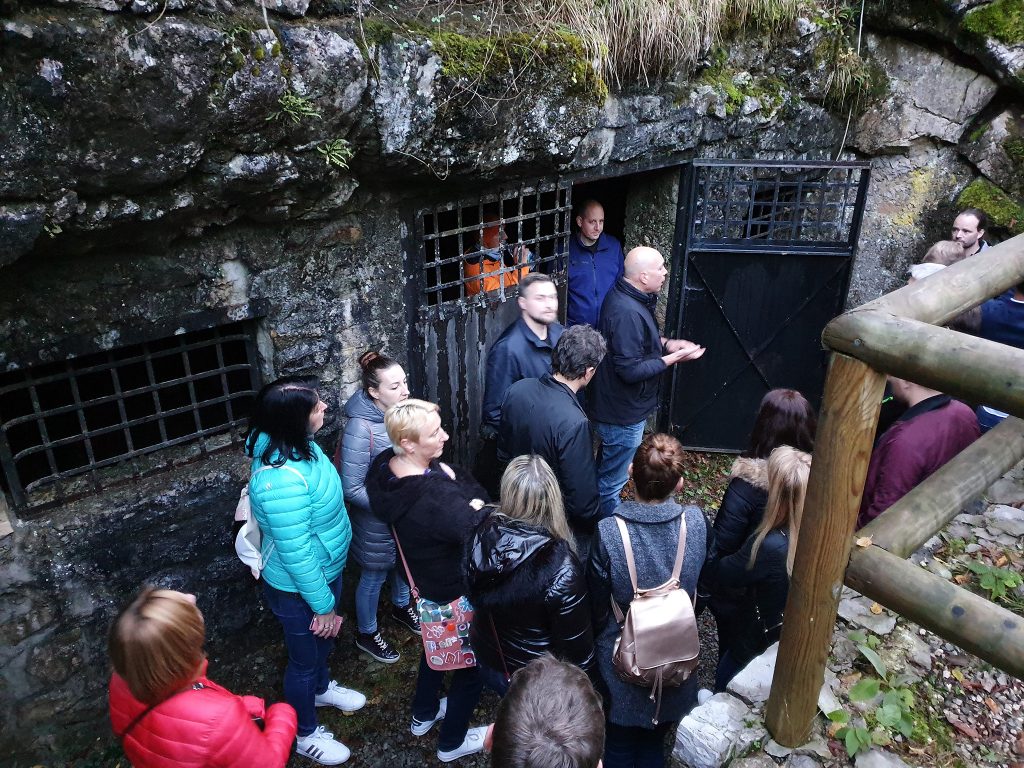 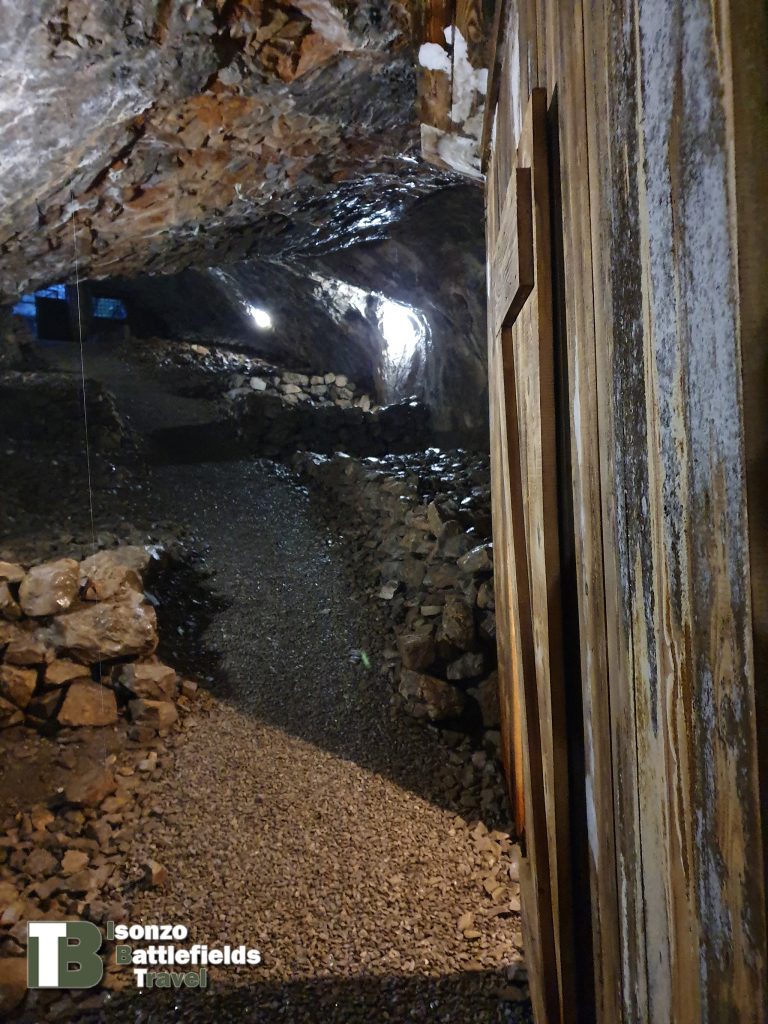 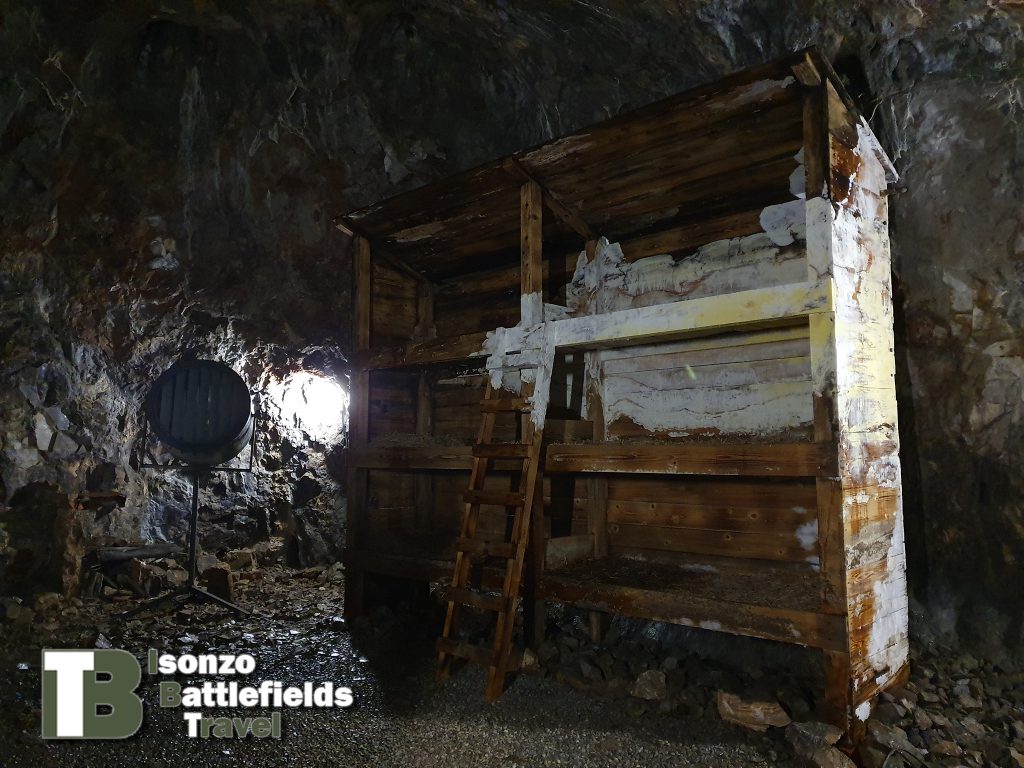 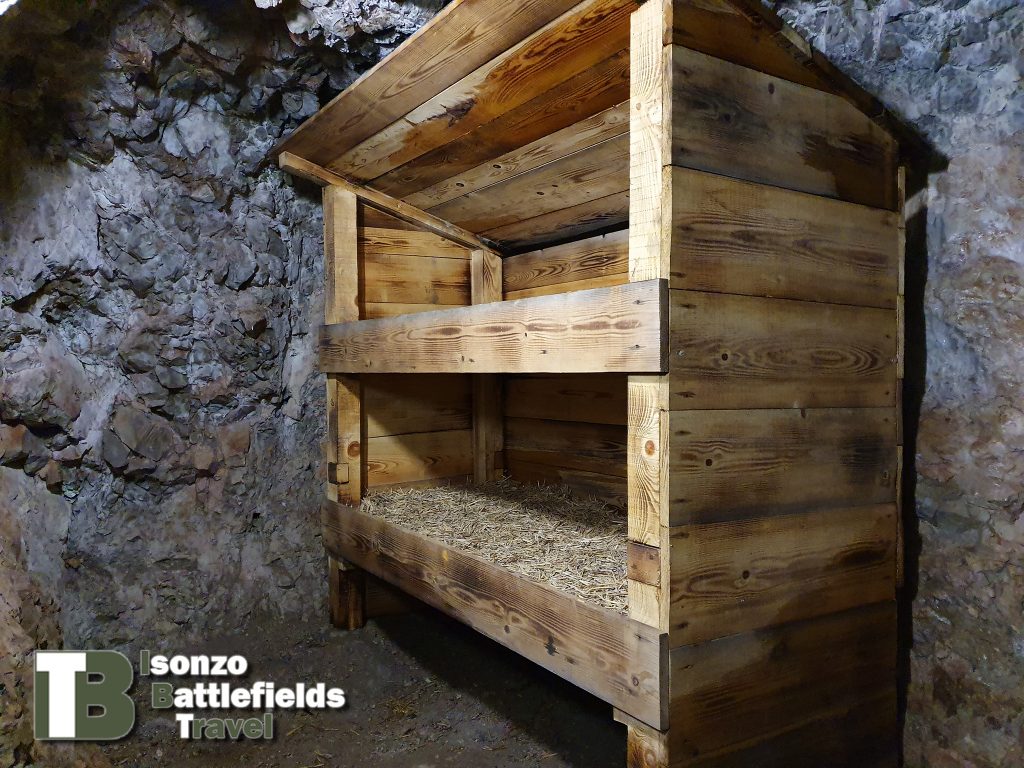 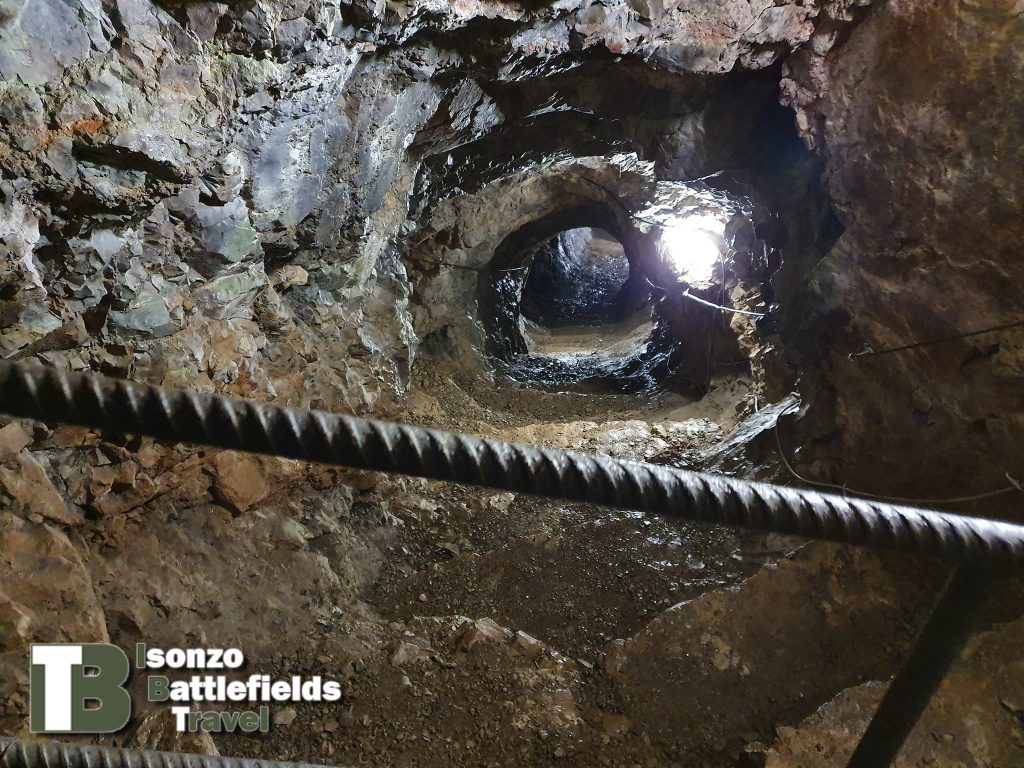 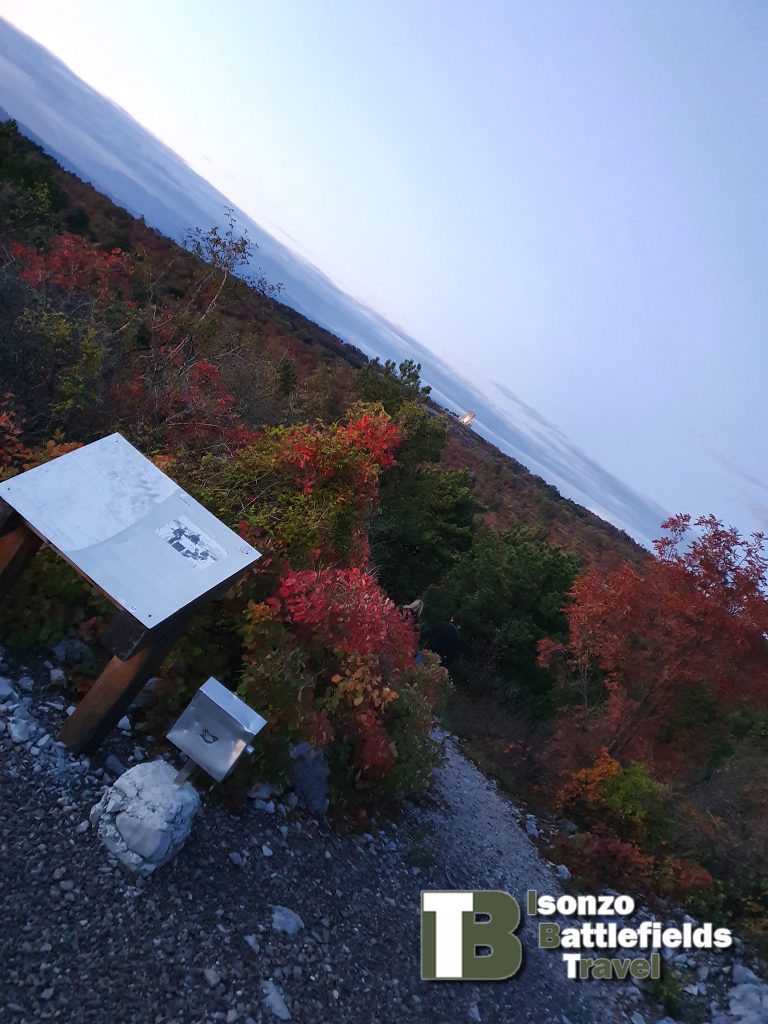 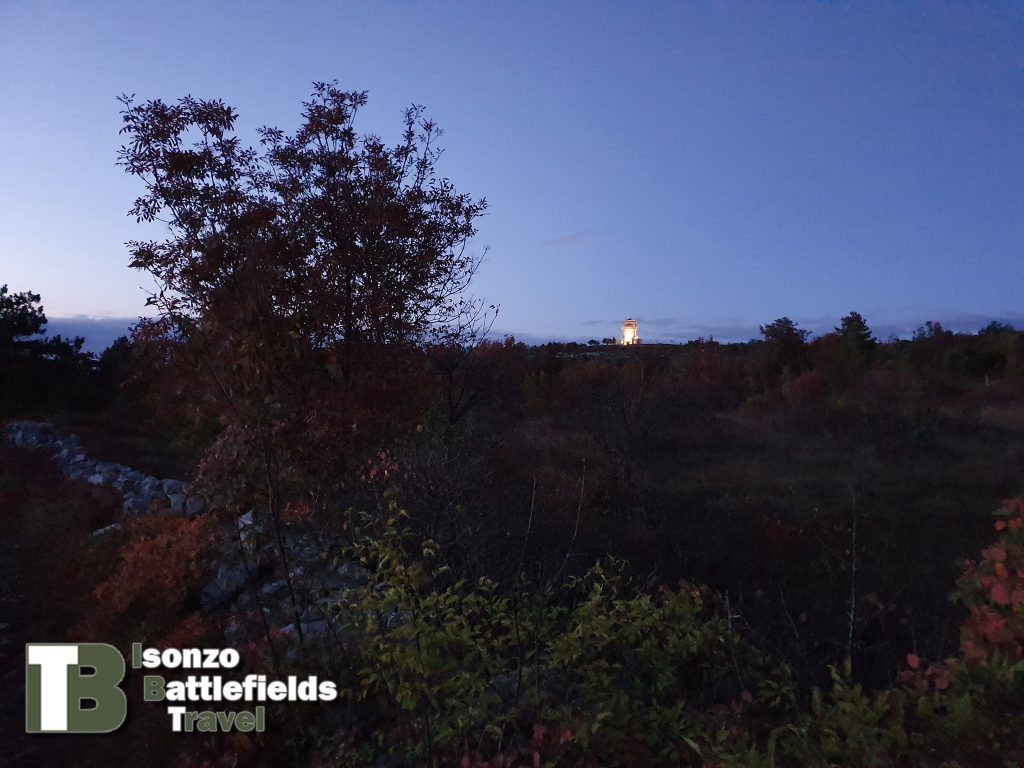 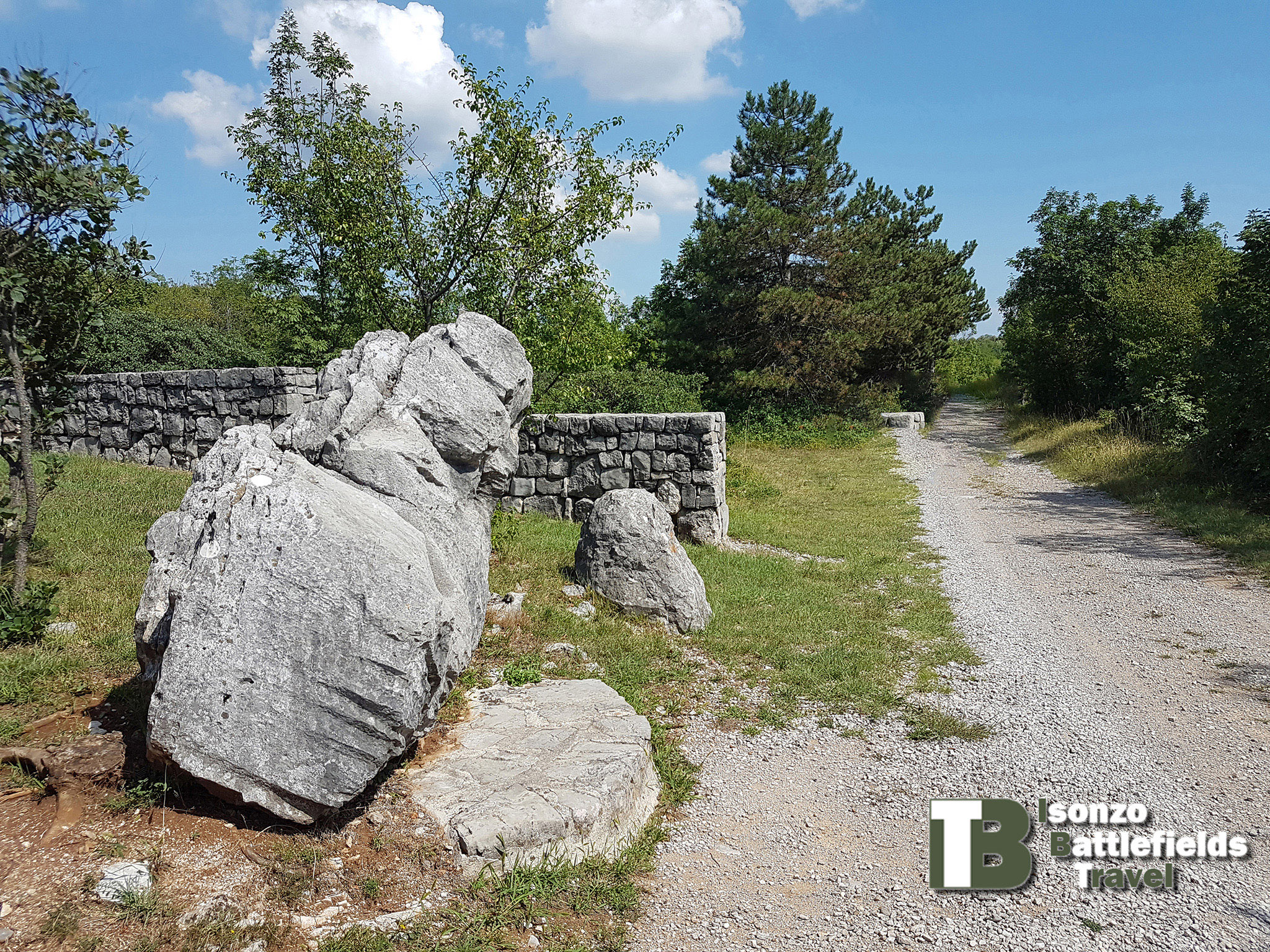 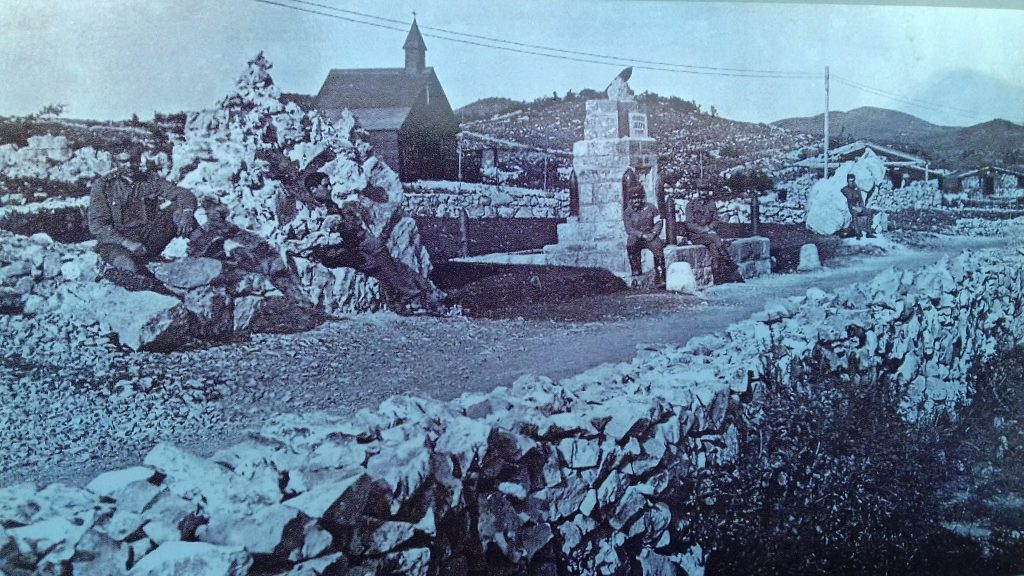