The Ossuary of Oslavia was built on Height 153 of Mt. Calvario in 1938, designed by Roman architect Ghino Venturi. The monument was created by the fascist regime to accommodate the remains of the soldiers who fell in different battles fought around Gorizia and Tolmin (now part of Slovenia) during the Great War.

The Ossuary lies on a triangular area and includes four towers, one for each vertex of the complex plus a central tower. Inside each tower are the burial niches of the fallen soldiers, all along the walls, for a total of around 20 thousand names, including 138 Austro-Hungarian soldiers. The remaining 37 thousand unknown soldiers (including 539 foreigners) are instead buried inside three large ossuaries in the middle of the lateral towers.
All towers are connected through underground tunnels and have crypts. The most important one is the central tower, which accommodates the tombs of thirteen soldiers who were awarded the Gold Medal for Valour, including General Achille Papa, who perished on 05th October 1917, General Ferruccio Trombi, shot to death in Oslavia on 28th November 1915 and General Alceo Catalocchino, who fell in the Natisone Valleys on 27th August 1917.

The main tower houses also a large cross in black marble, while outside, near the left vertex of the Ossuary, a bell named “Chiara” rings every day at dusk to honour all fallen soldiers. A solemn ceremony commemorating the taking of Gorizia by the Italian army is held on 08th August every year. 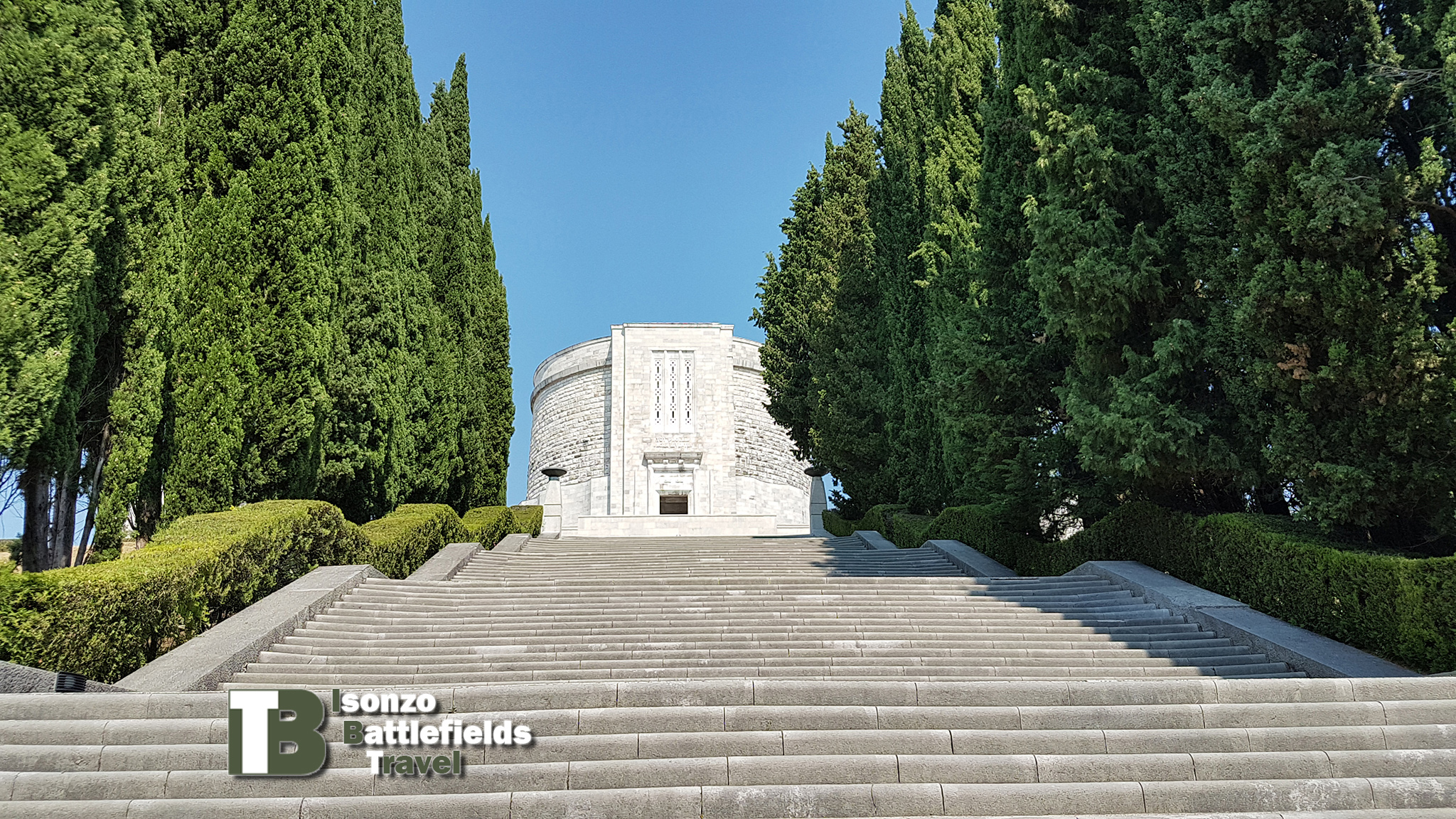 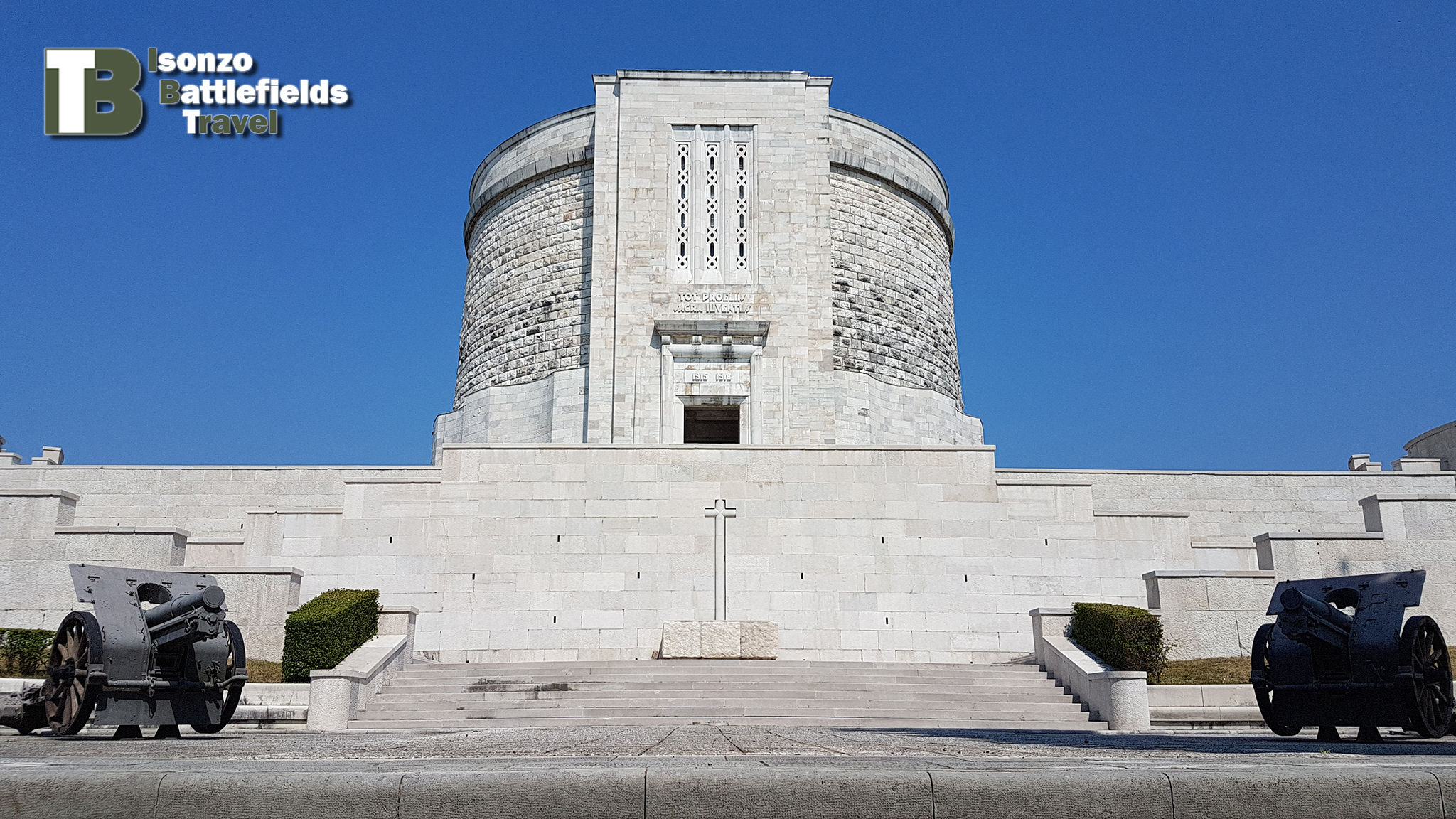 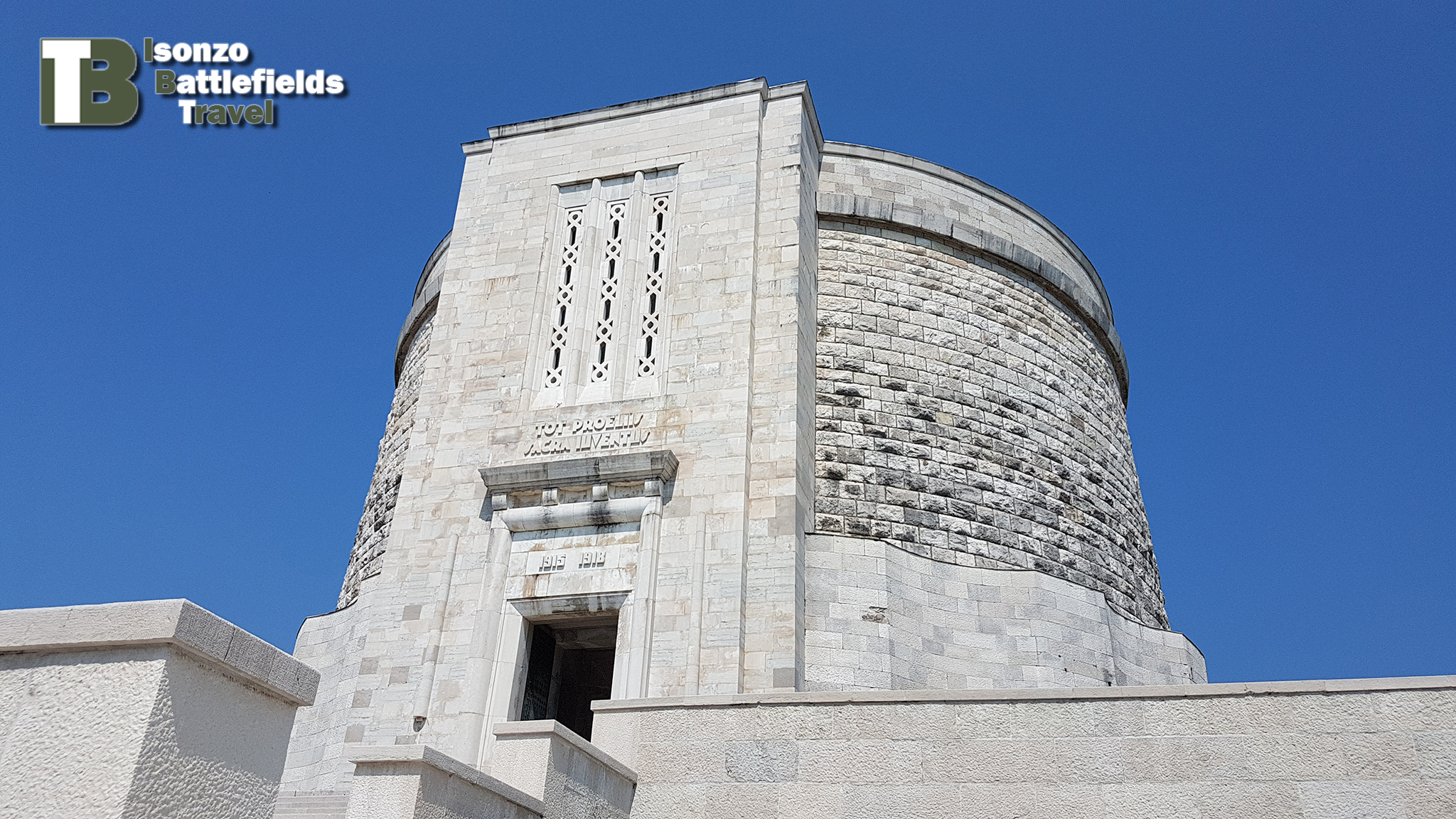 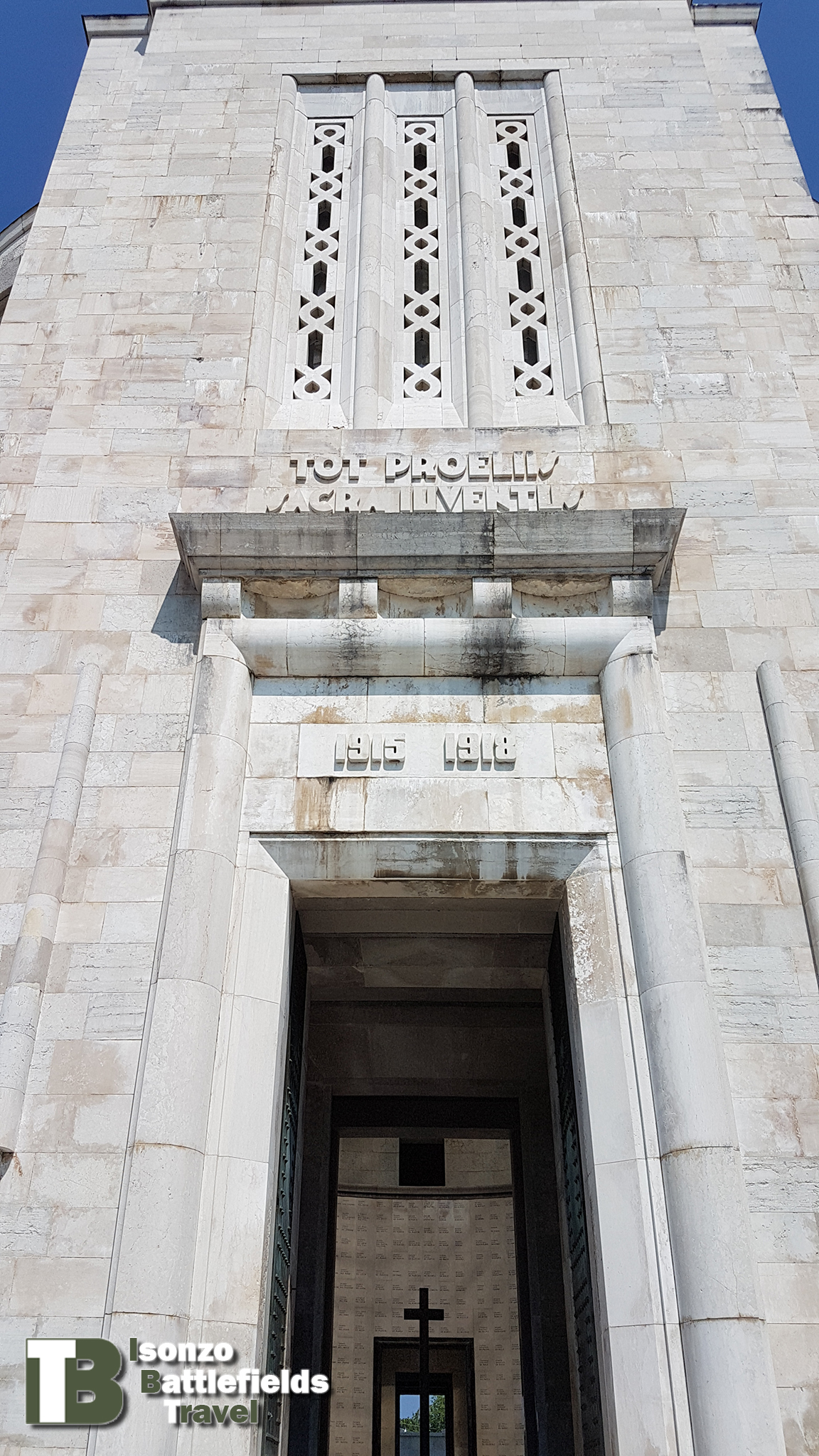 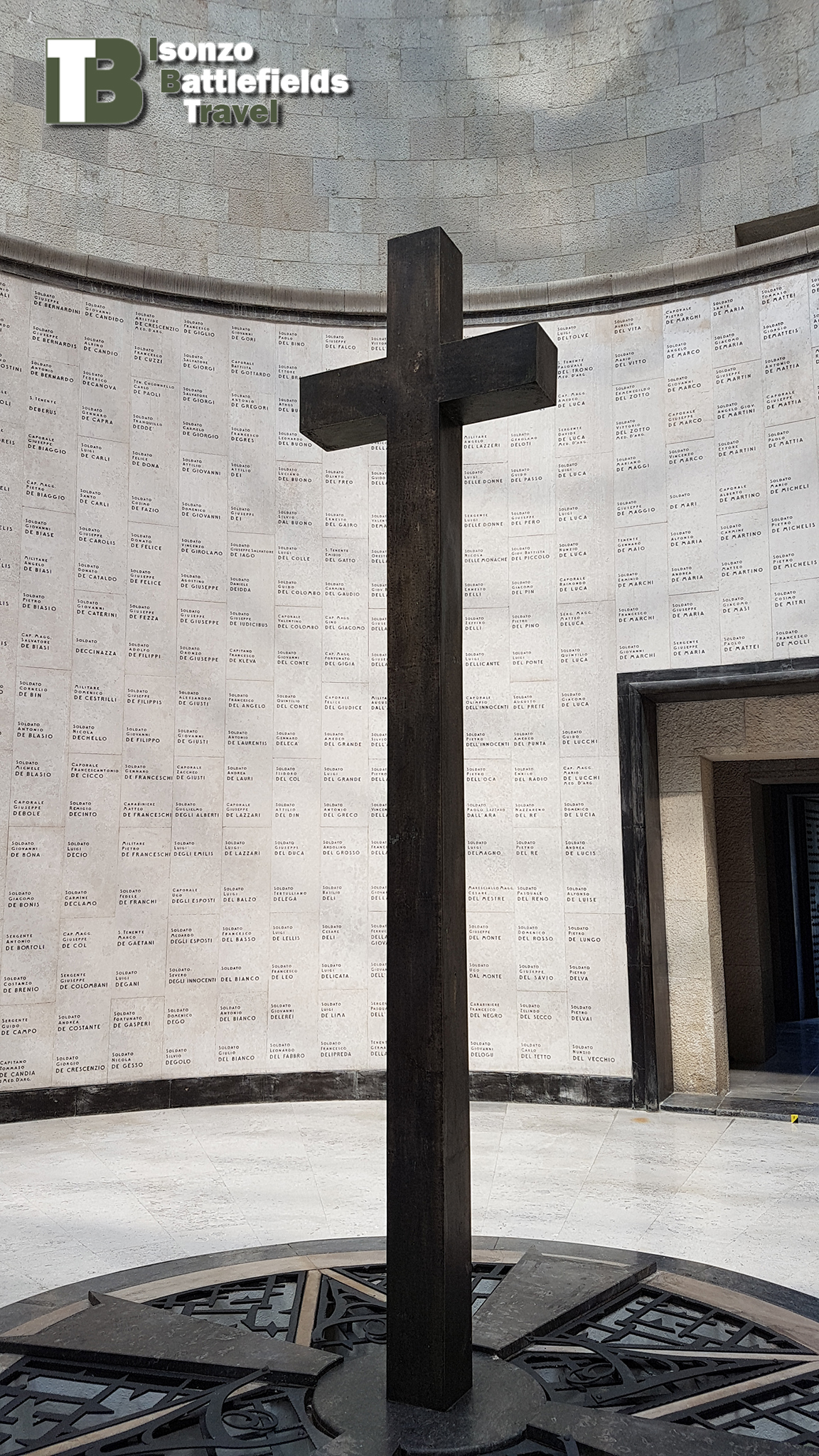 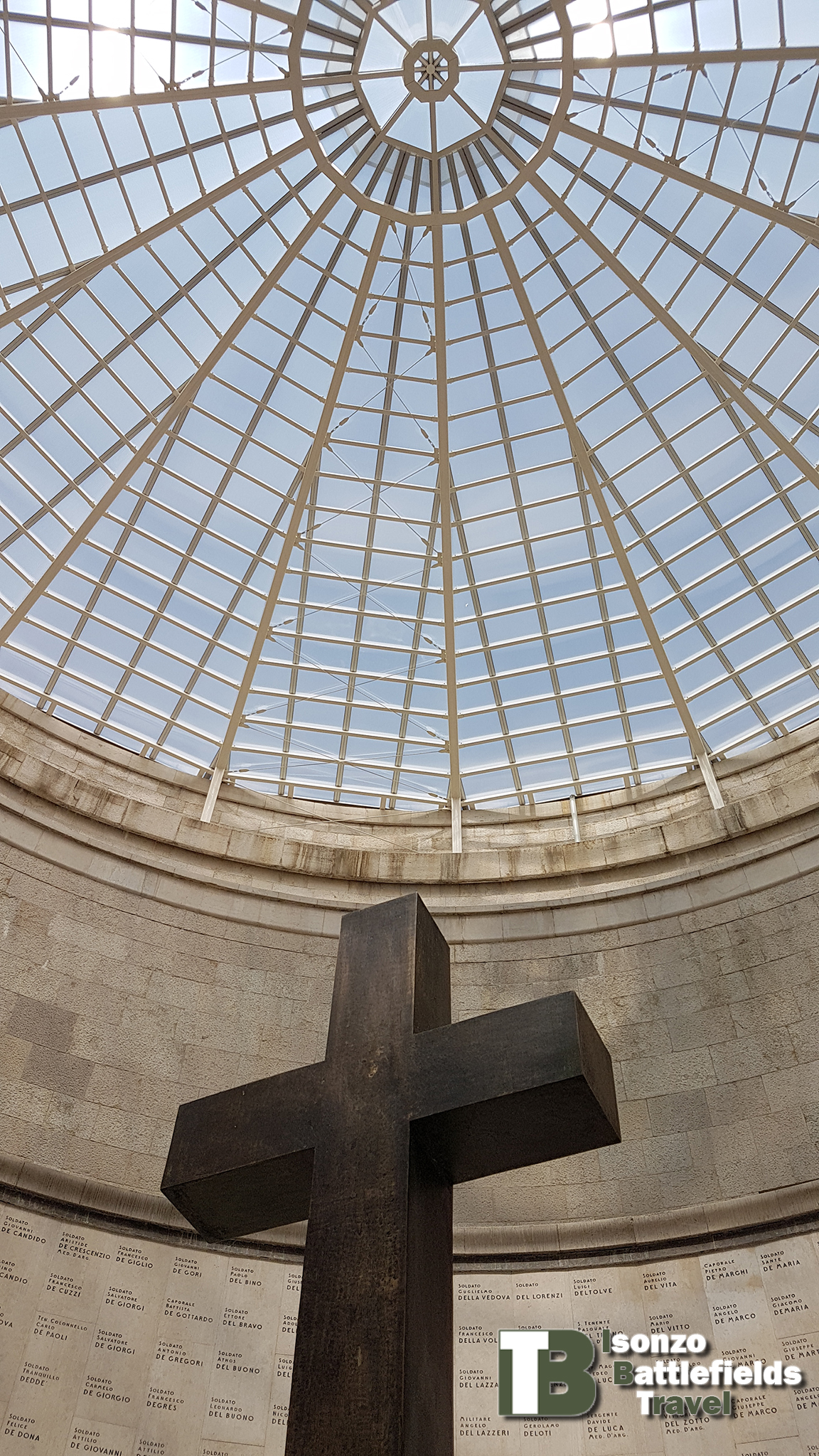 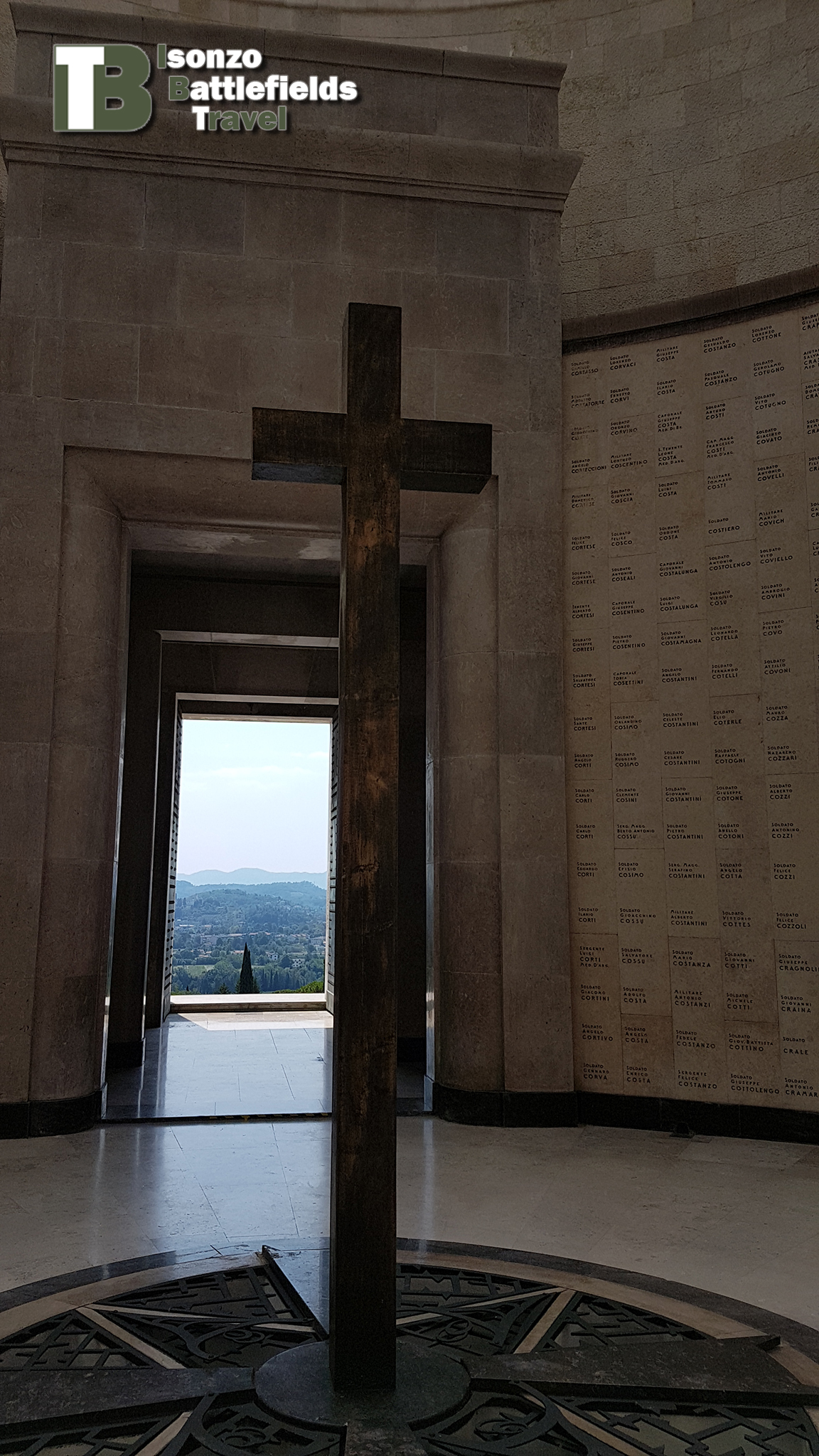 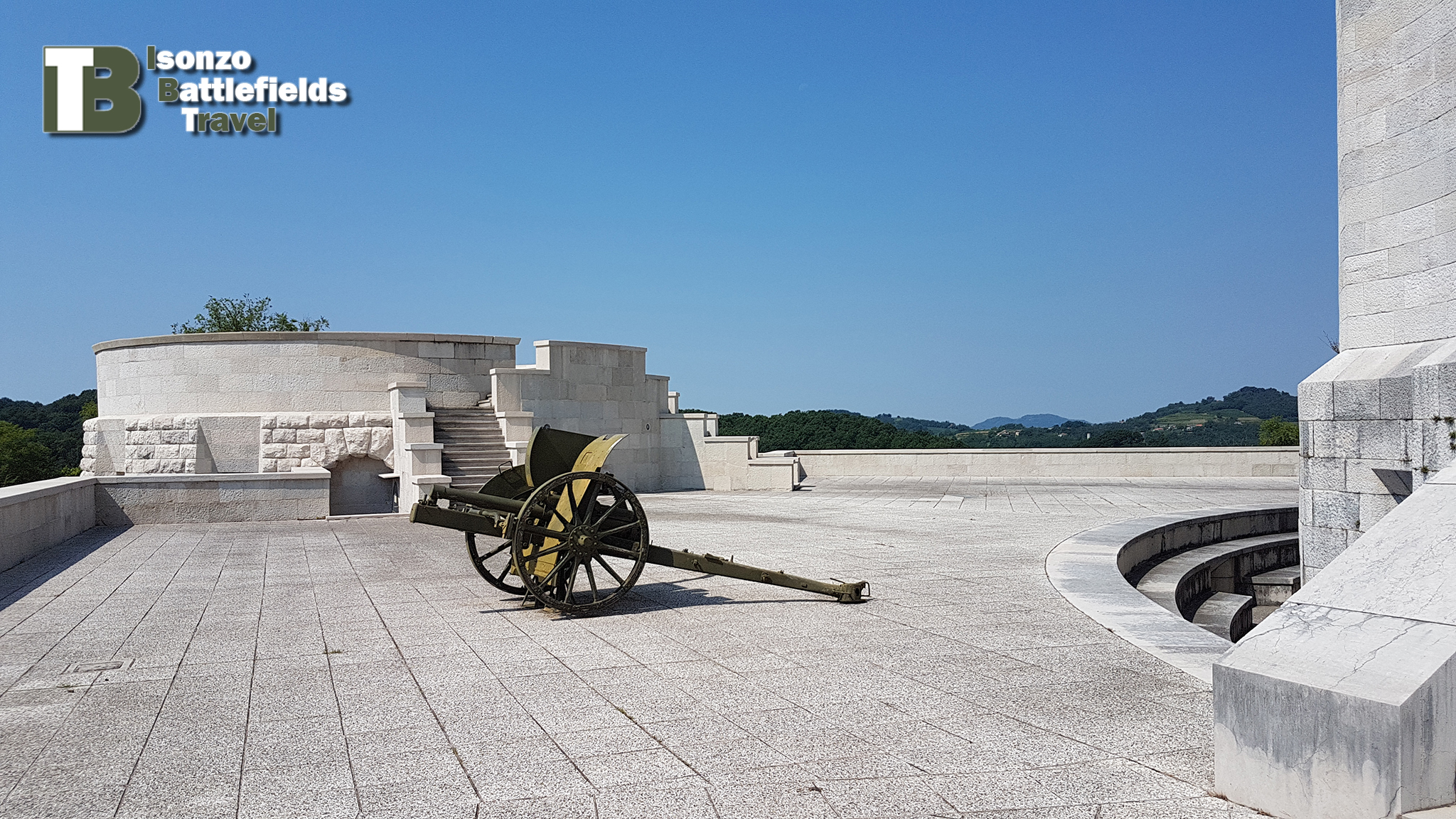 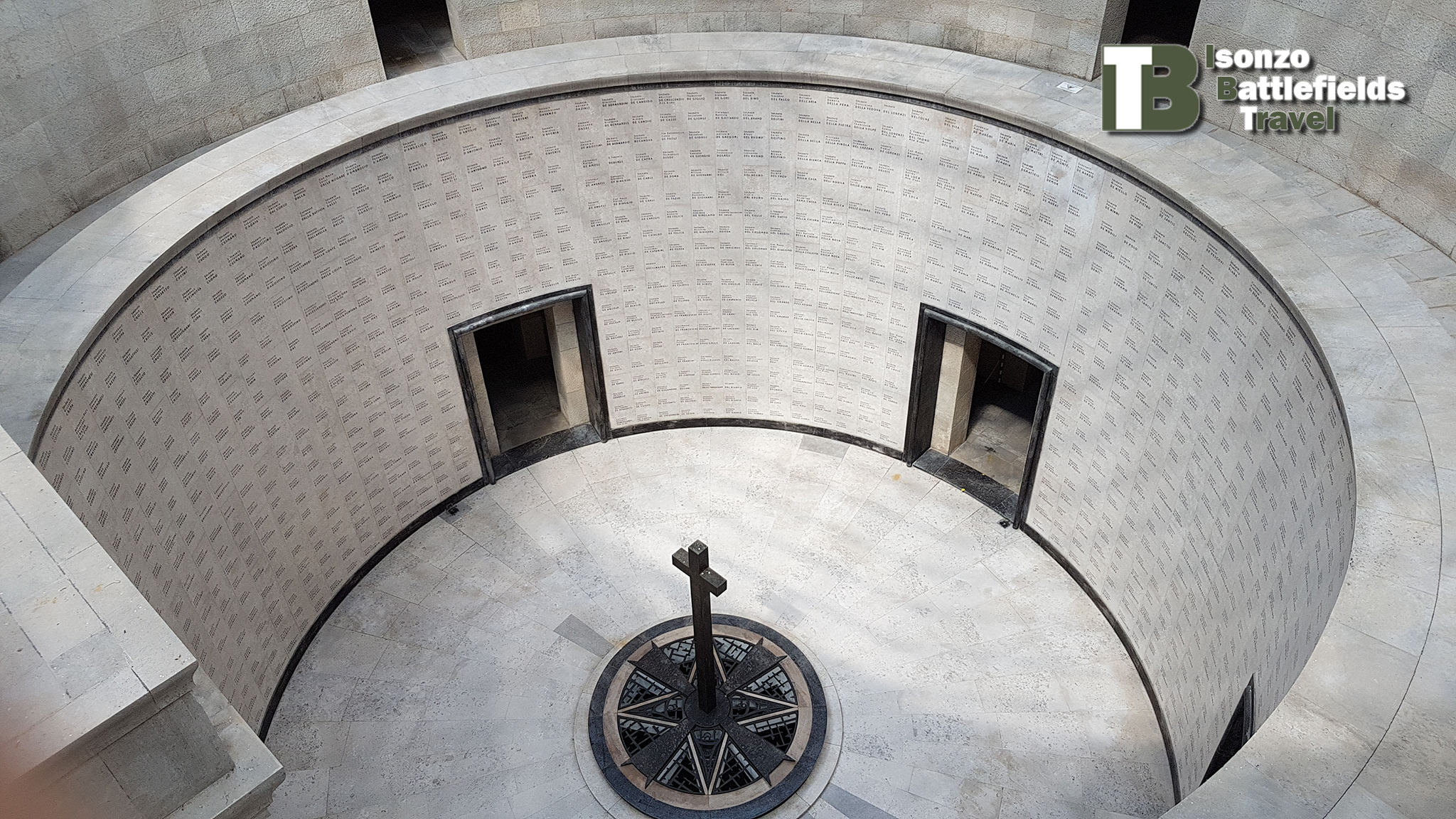 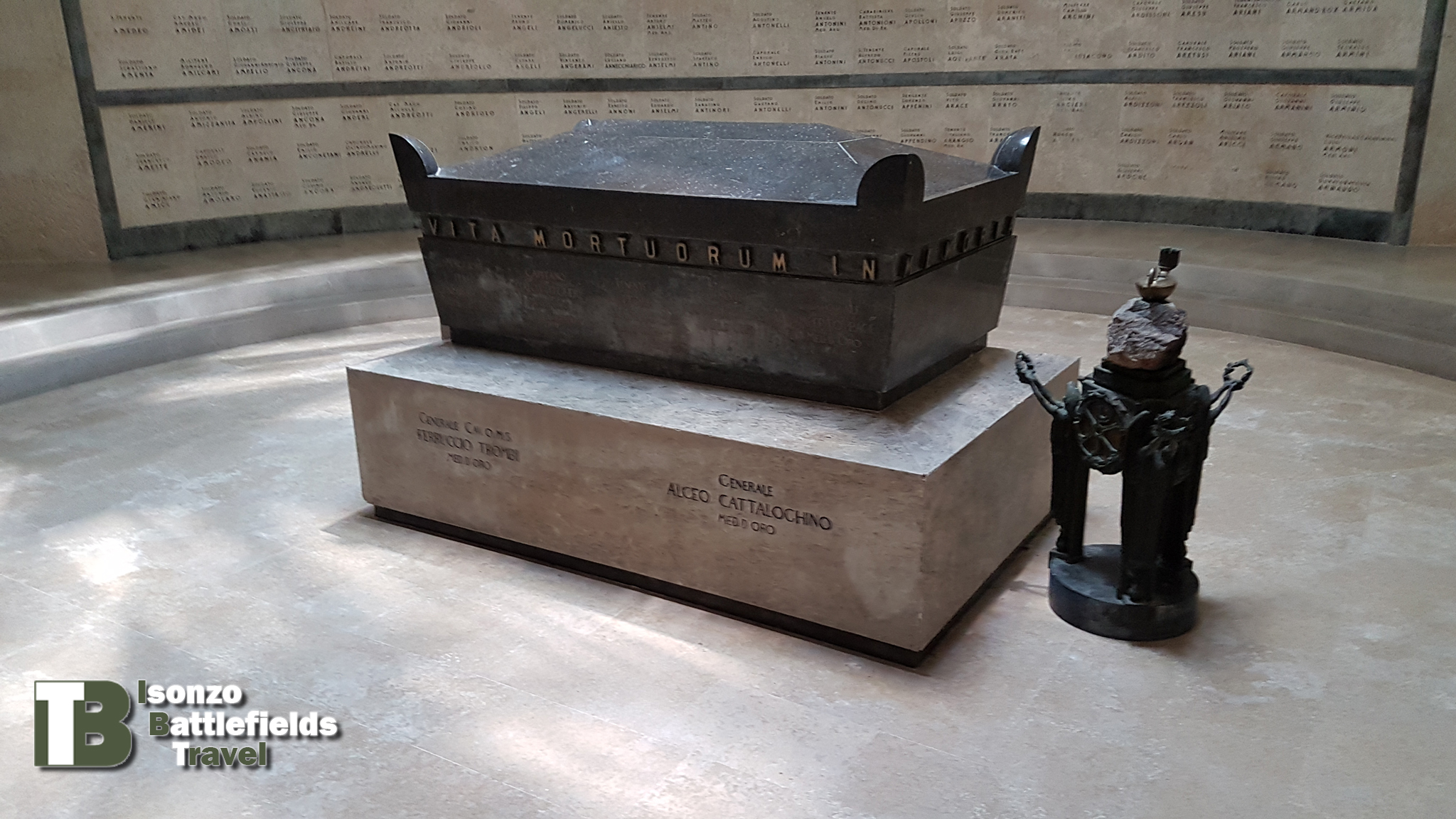 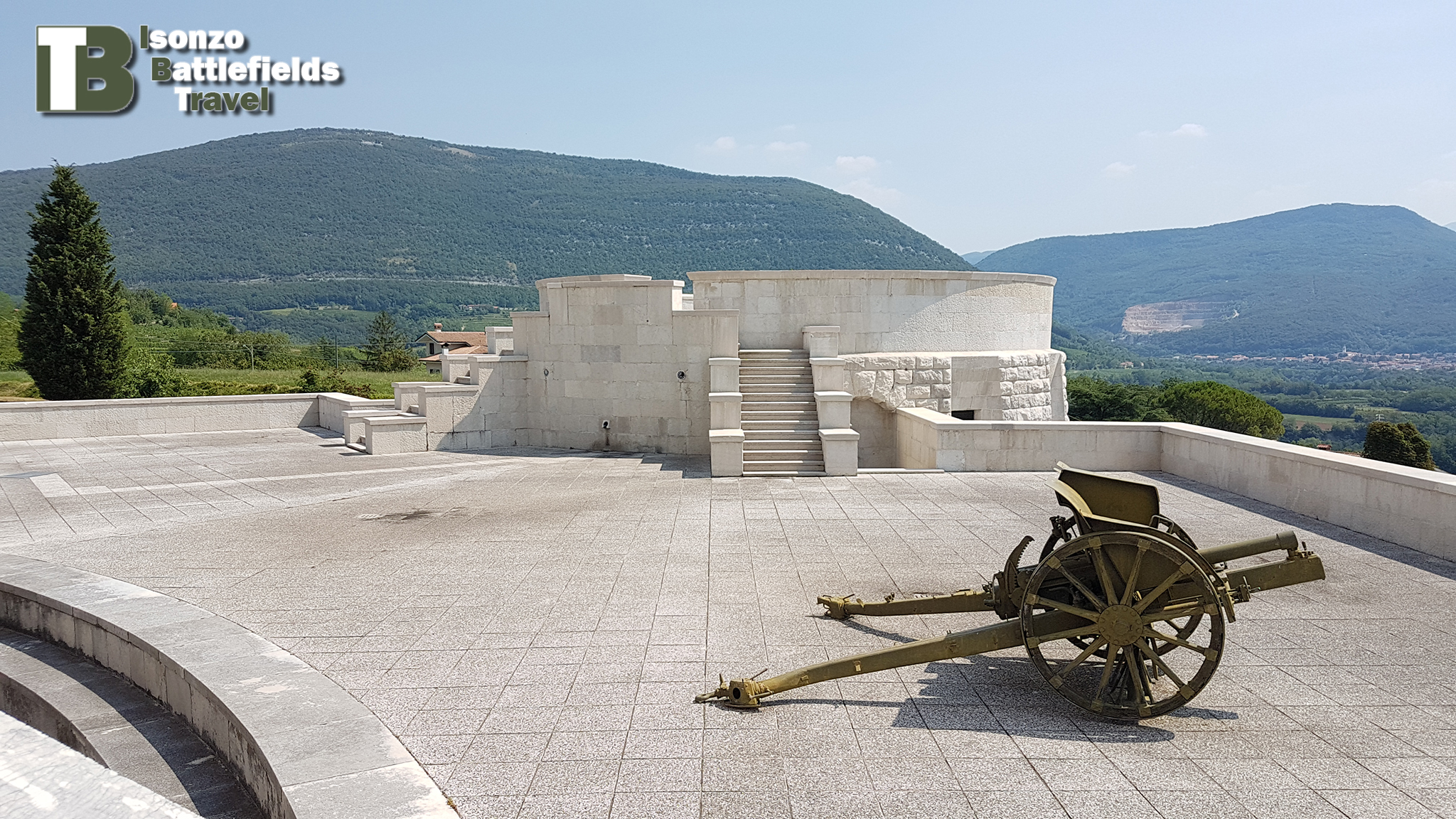