The outdoor museum Čelo represents gun fortification which was built by the Austro-Hungarian Army on the slope of Mt. Svinjak with an excellent view in the spring of 1915, just before the Italian–Austro-Hungarian encounter. The fortification was part of the Bovec blockade system (Sperre Flitsch) that played an important role in the defence of the valley part of the front line in the Bovec area.
The main part of the fortification consists of 200-metre long trench with masoned walls which connects two gun positions with a kitchen, an observation post, two dormitories for 40 men, and a shelter for 20 soldiers. The trench had 150 crenels for riflemen.
A beautiful view is offered on Čelo over the Bovec basin, Mt. Rombon and the other surrounding mountains. 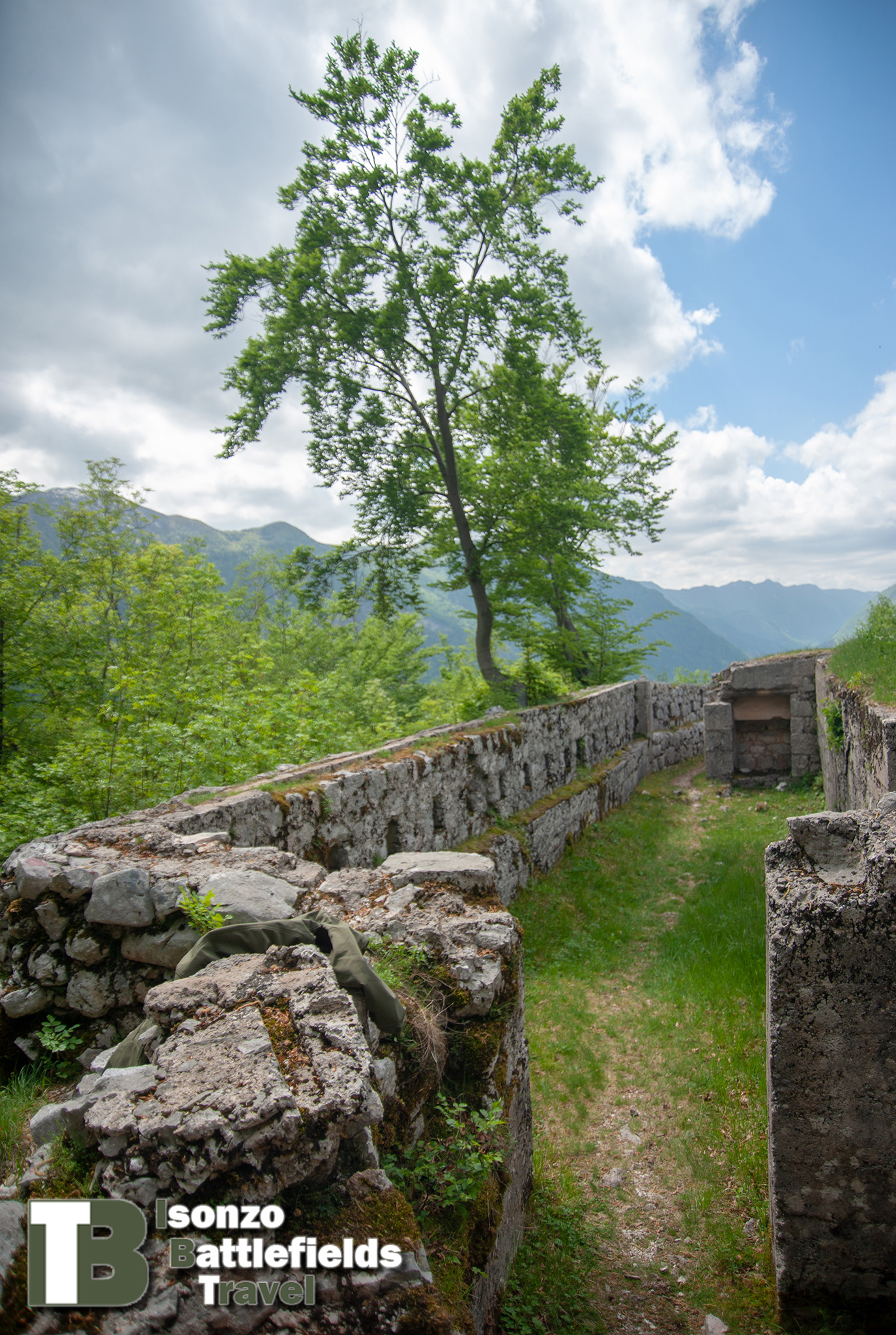 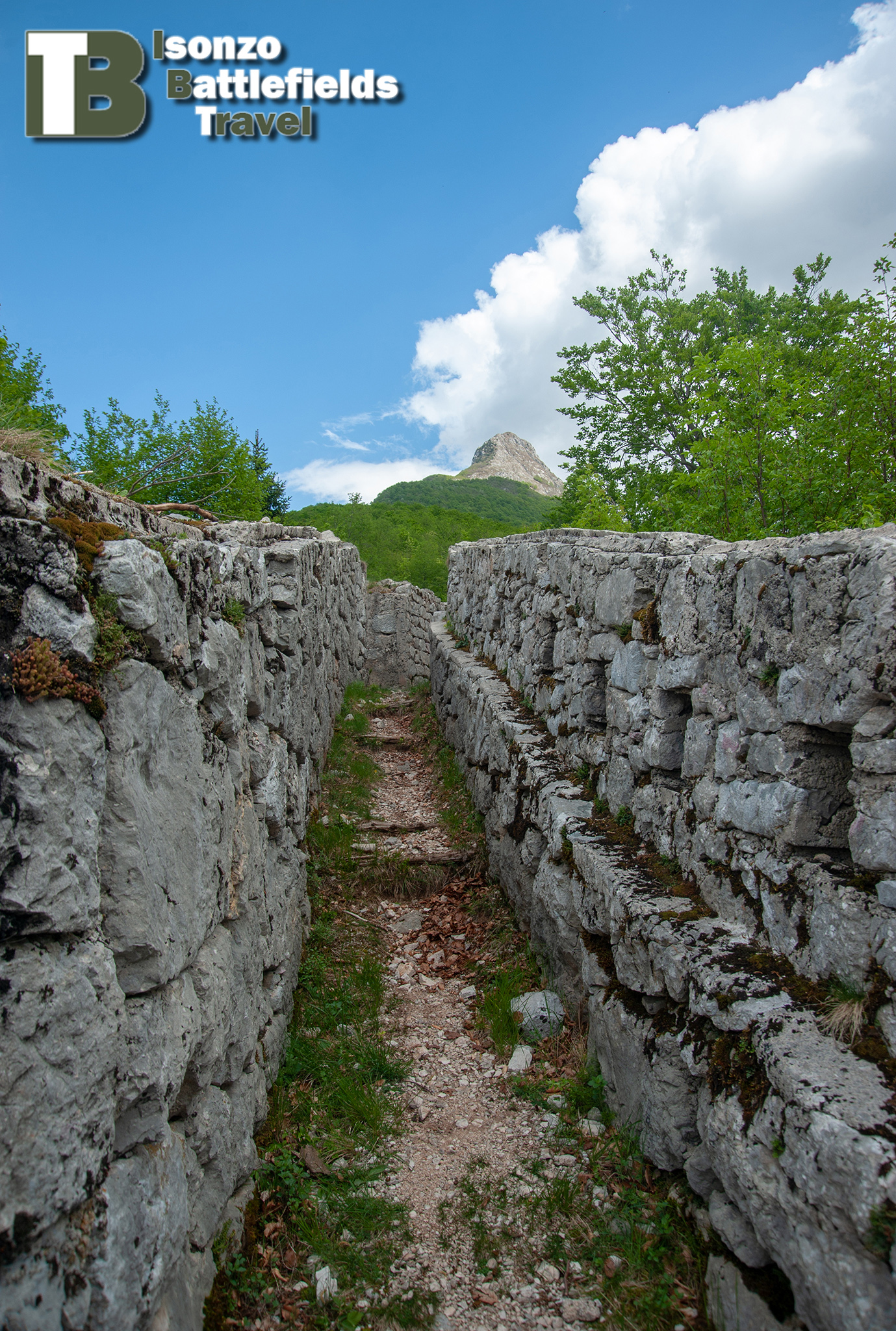 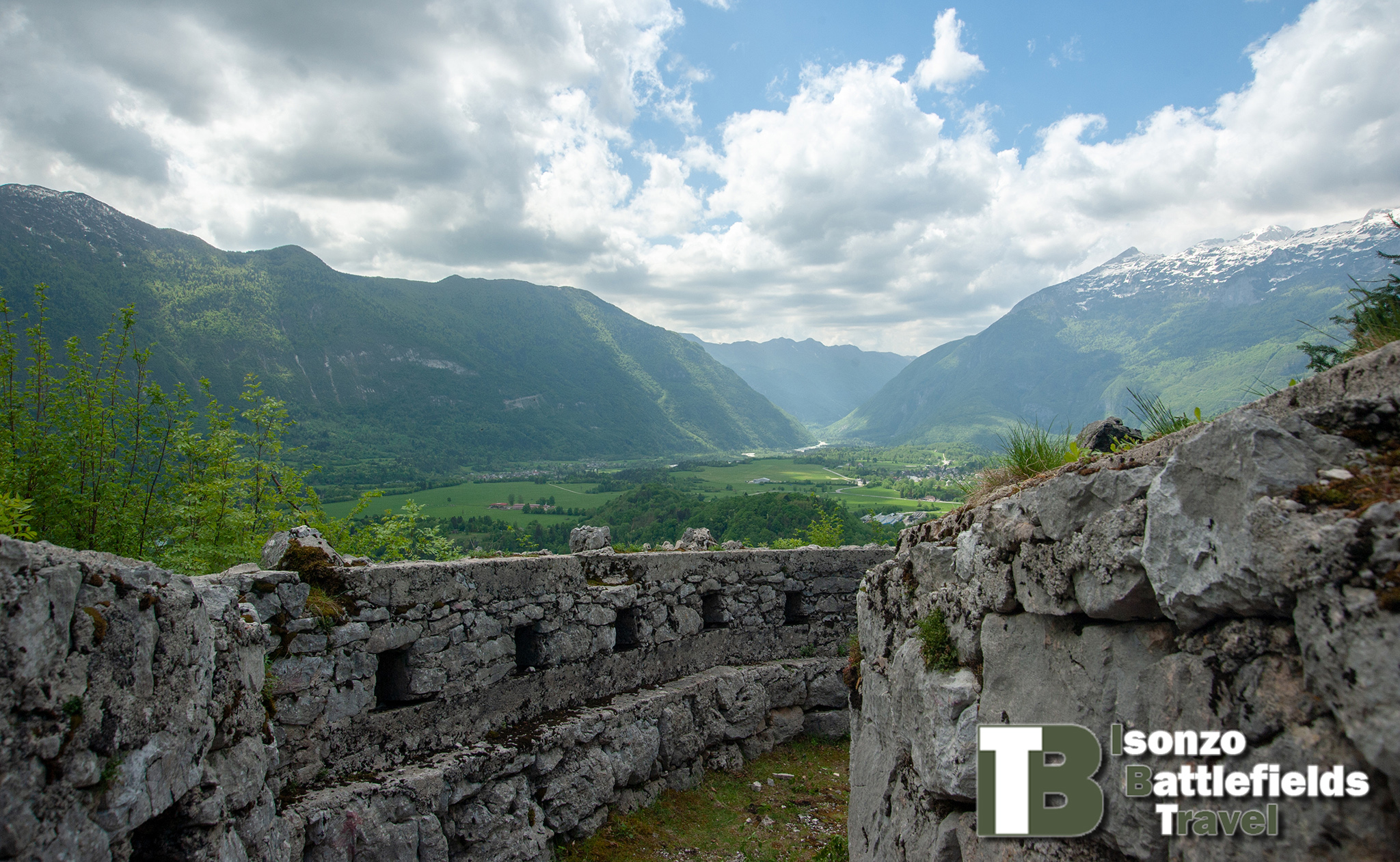 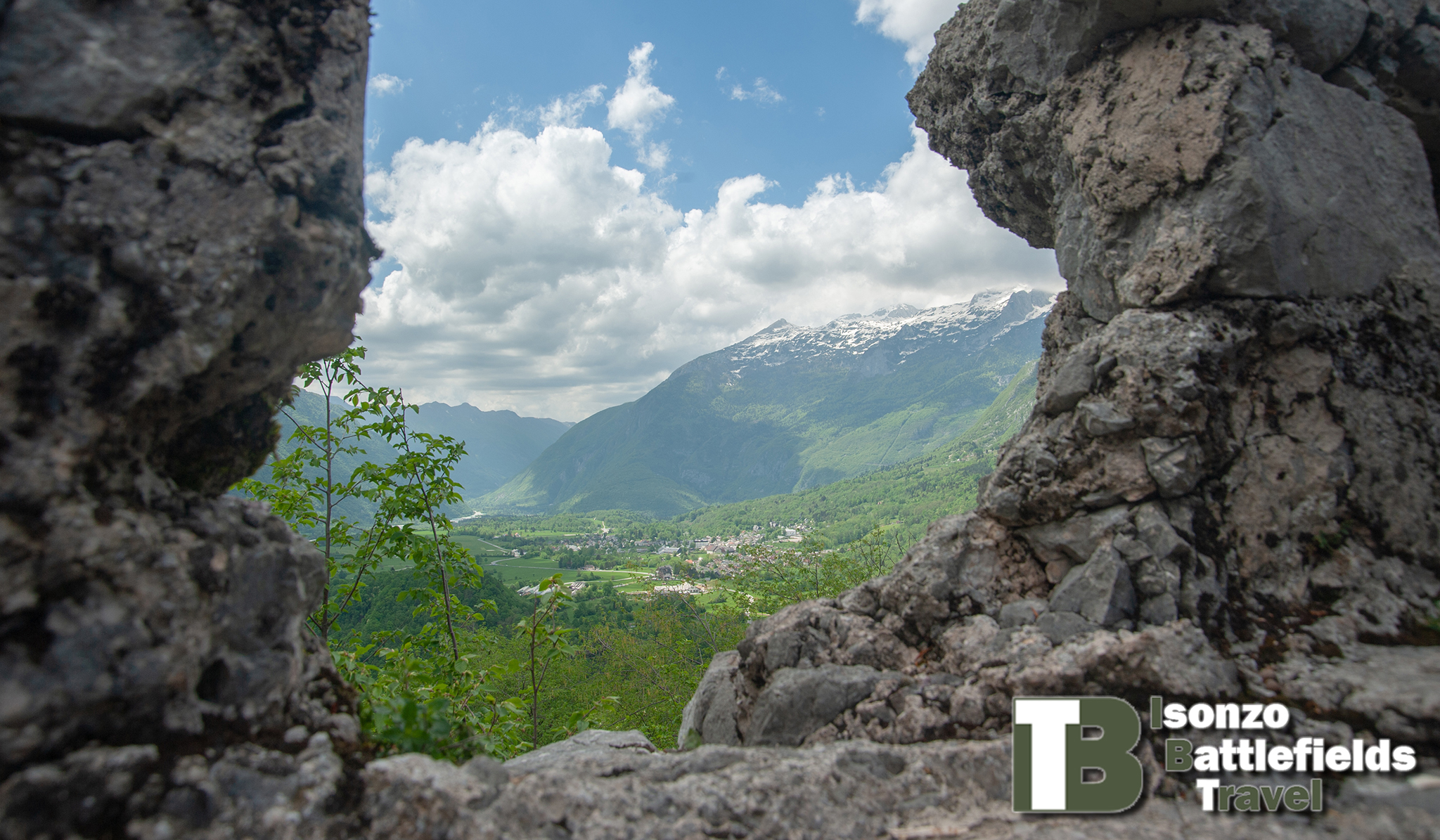 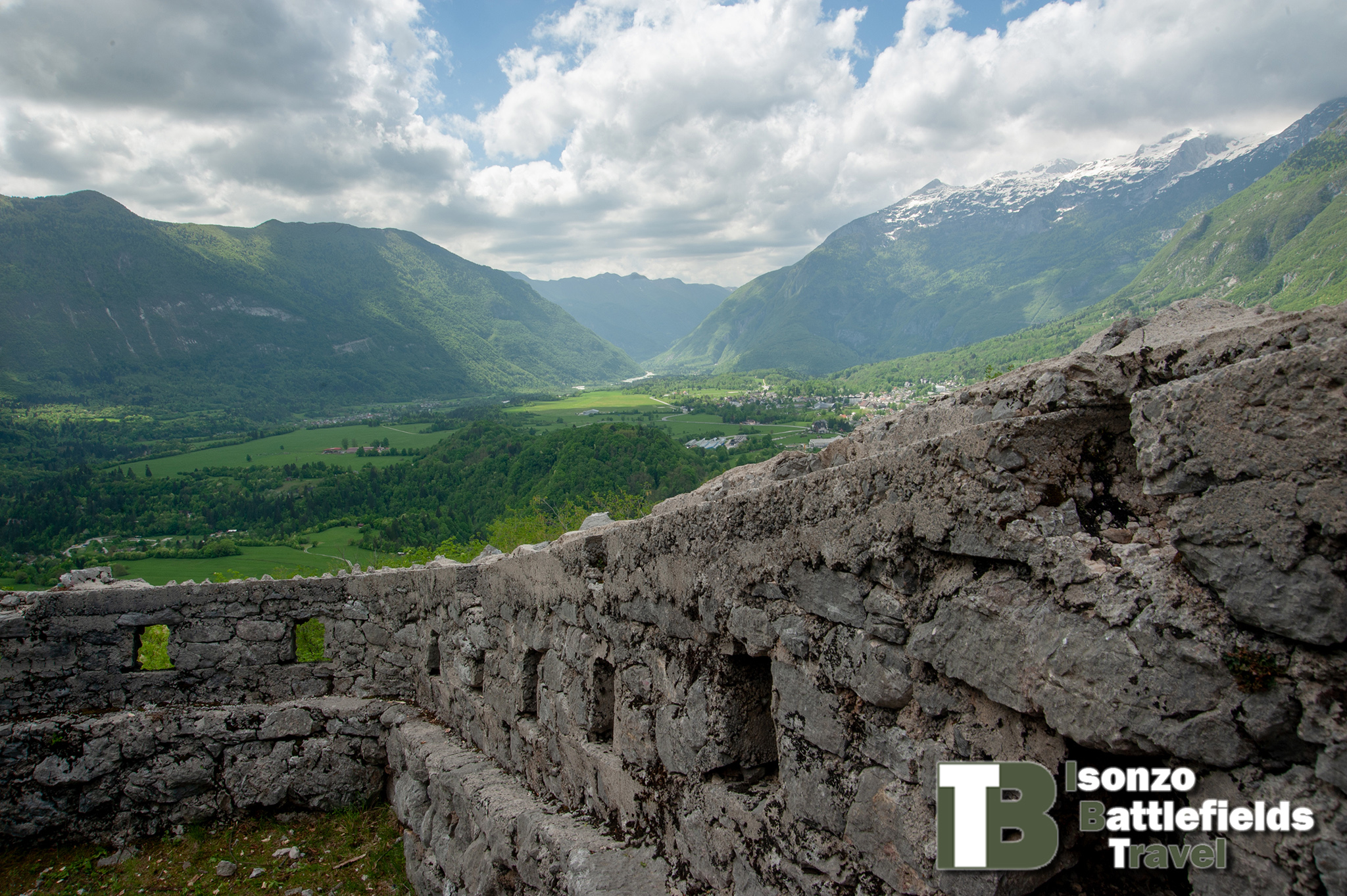 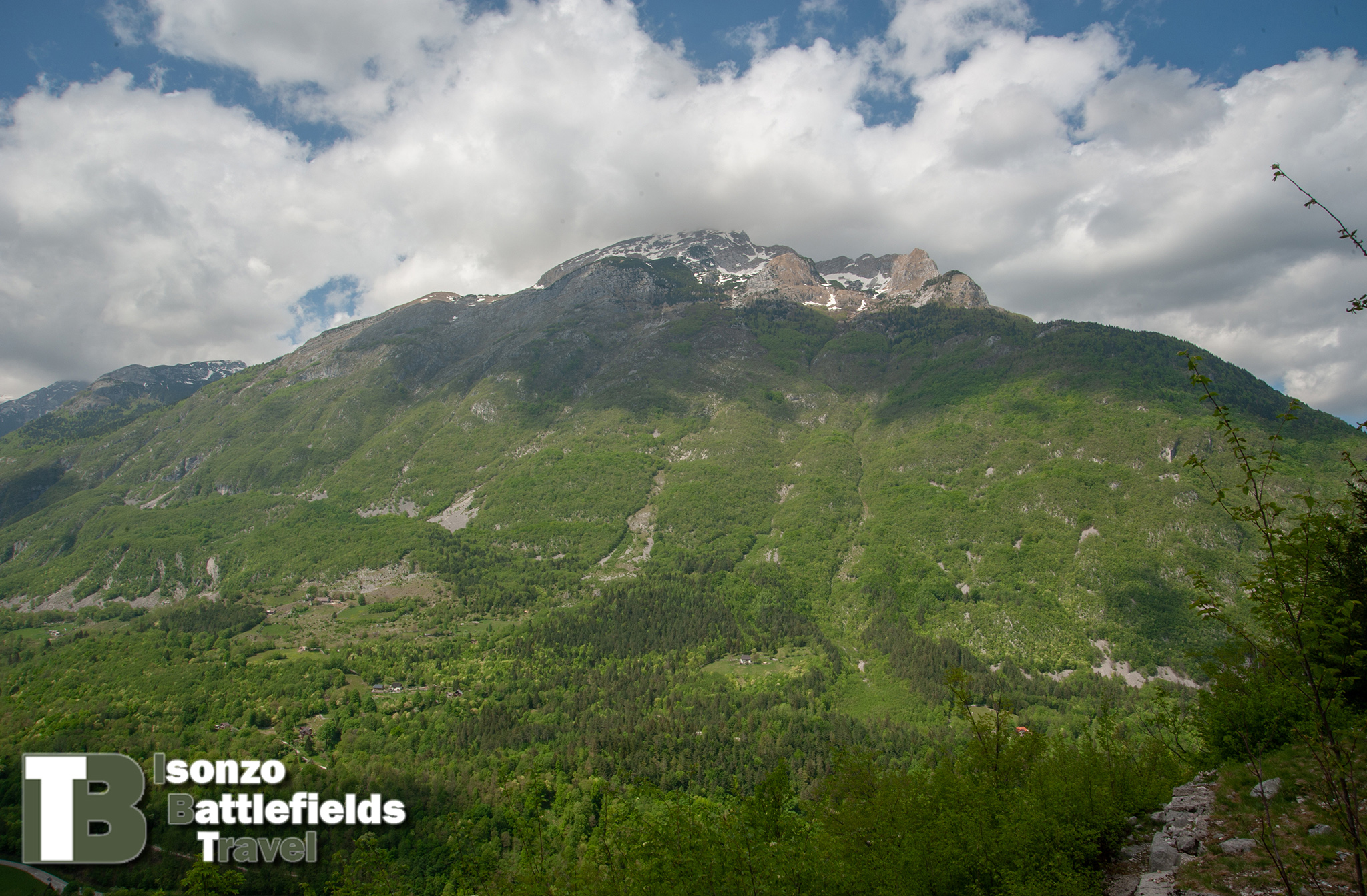 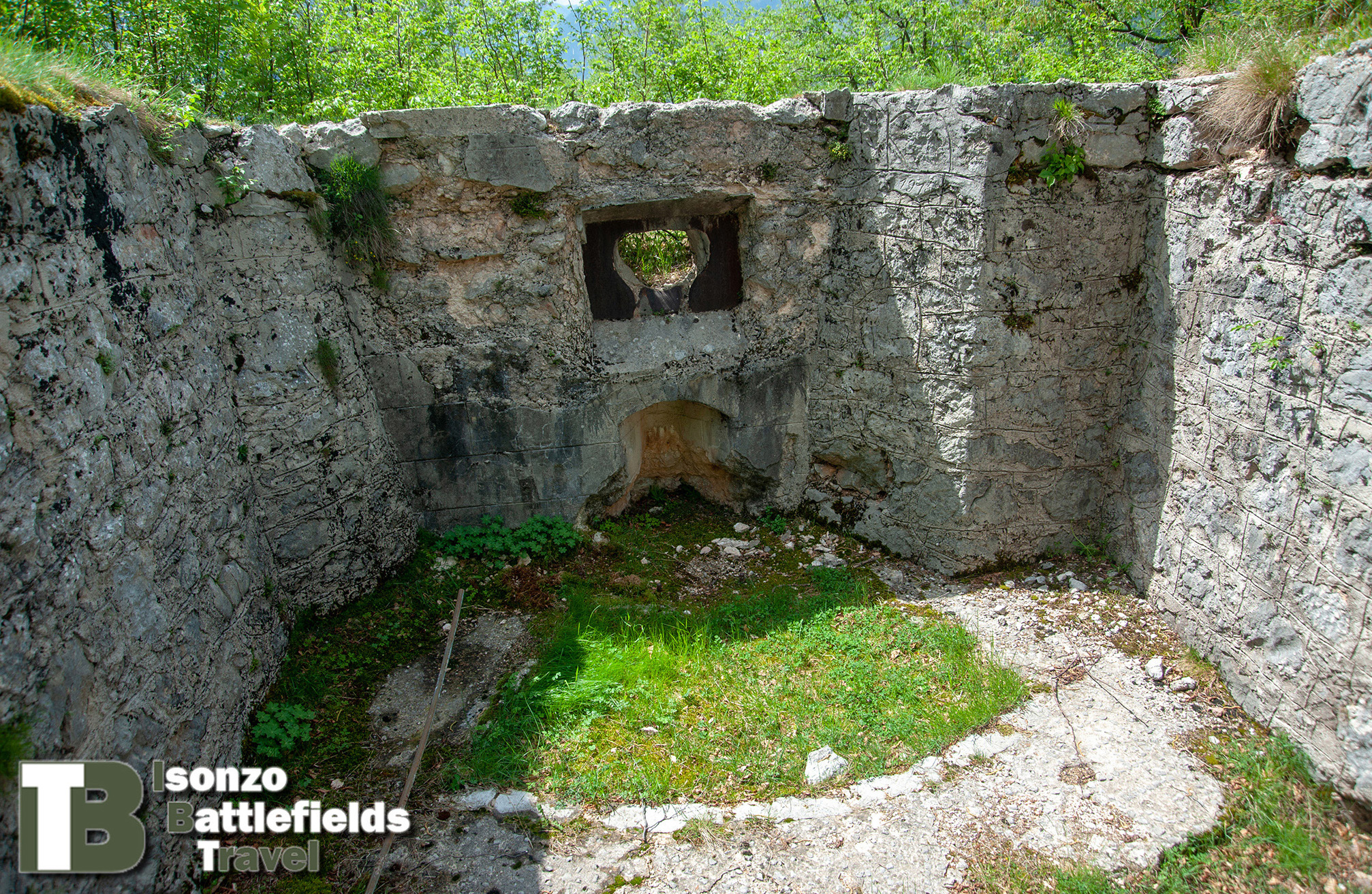 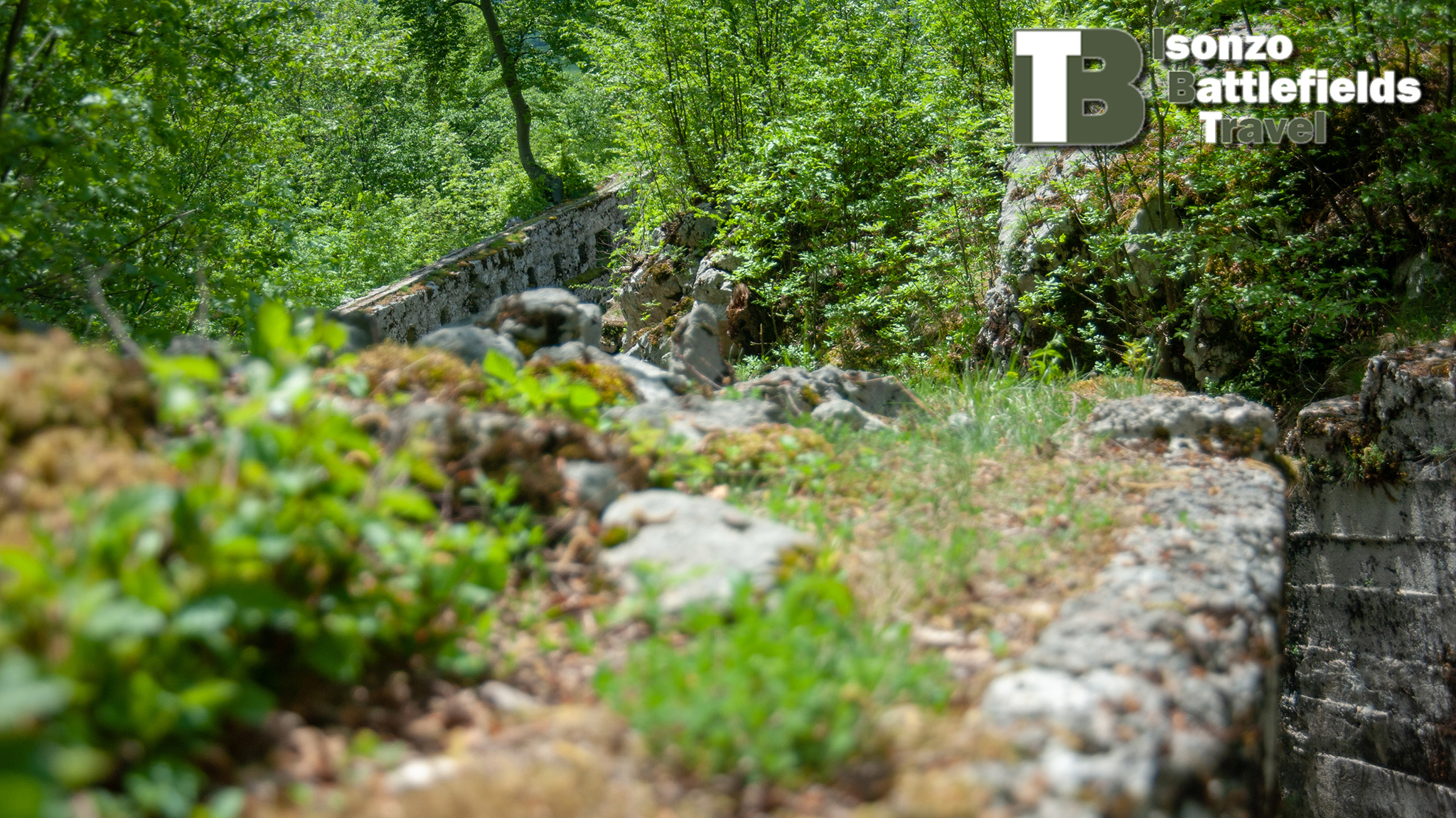 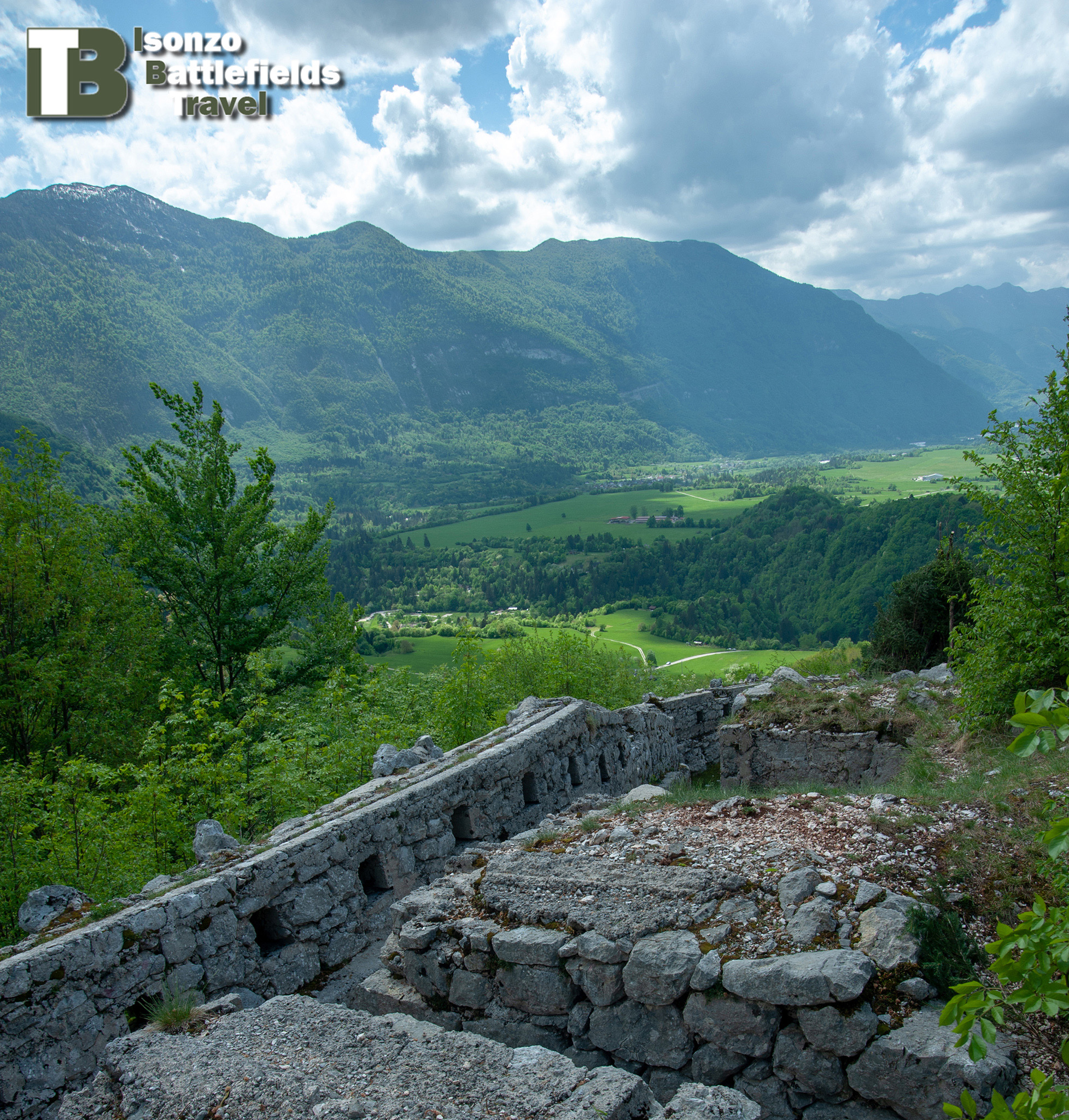 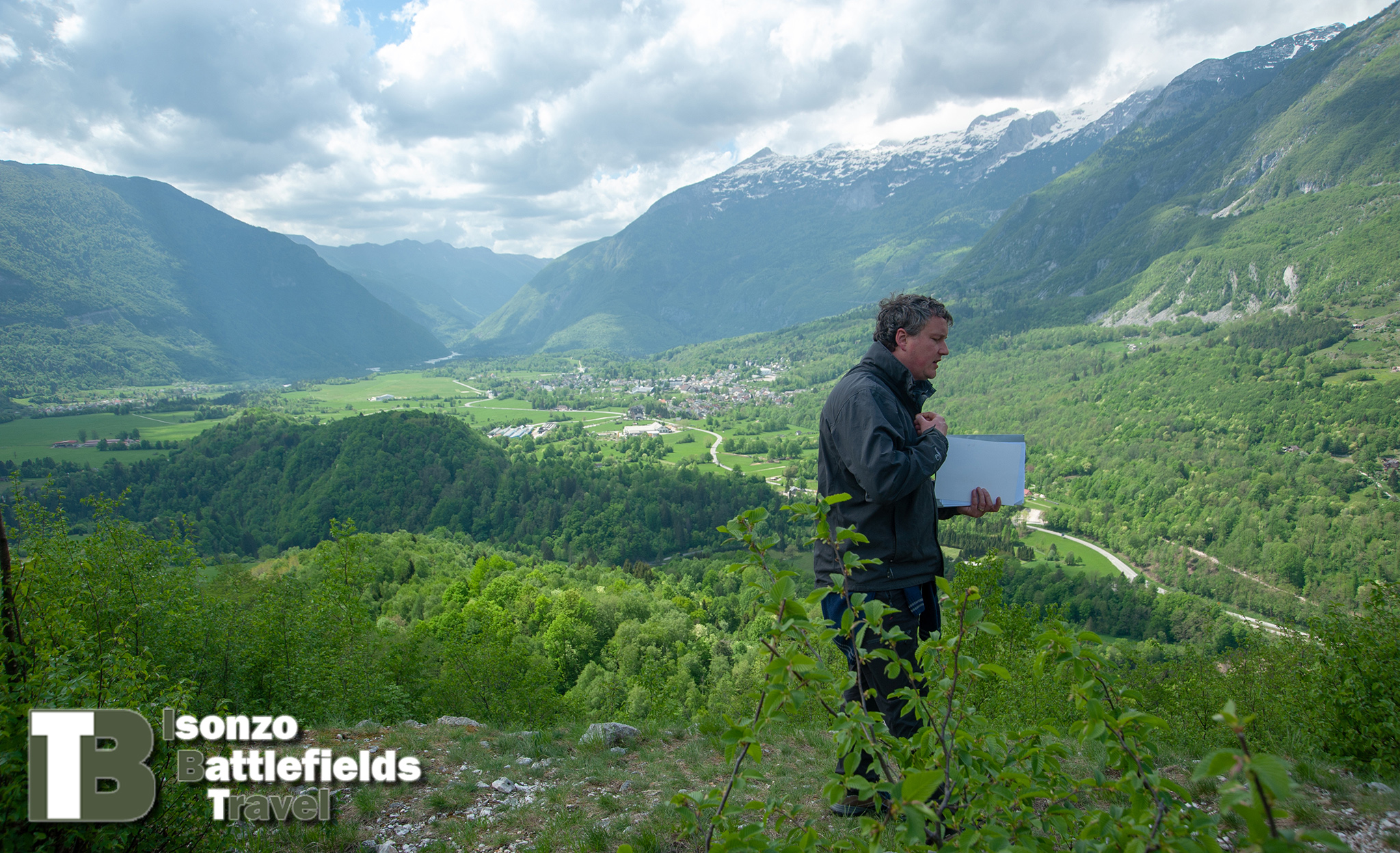