The gun tunnel of Mt. Brestovec was dug below the summit of this height between January and August 1917. Inside, eight 149mm guns were installed, pointed at the Comeno Karst, divided into four groups in order to obtain a broader shooting range.

Today, this spectacular military installation has been cleaned and restored, so visitors can admire the structure and understand its use. Even more significant is the creation, inside the tunnel, of an imaginary narrative, combining the recounts of an Italian and an Austro-Hungarian soldier. The posts along the main tunnel include a number of metal panels showing the events that led to the construction of this tunnel and, more generally, the Great War on the Karst.

The first station shows the movements of the frontlines between 1915 and 1917, while the second metaphorically recounts the moments of the assault. Following is the “Sinkhole of the dead”, an opening where dozens of crosses are arranged horizontally, except one, which is placed vertically. Nearby, there is an area for reflection, as to re-create a sort of “no-man land”.

The fifth and sixth posts are dedicated to “Testimonials” (including reproductions of Kipling, d’Annunzio and Eugene of Habsburg) and “Bombing”, with a display showing all the gun charges fired by the Italians against the opposite side. Finally, the last two spaces accommodate the replica of a gun with shooting directions and some mine trucks, symbolizing the construction work carried out to build the tunnel. 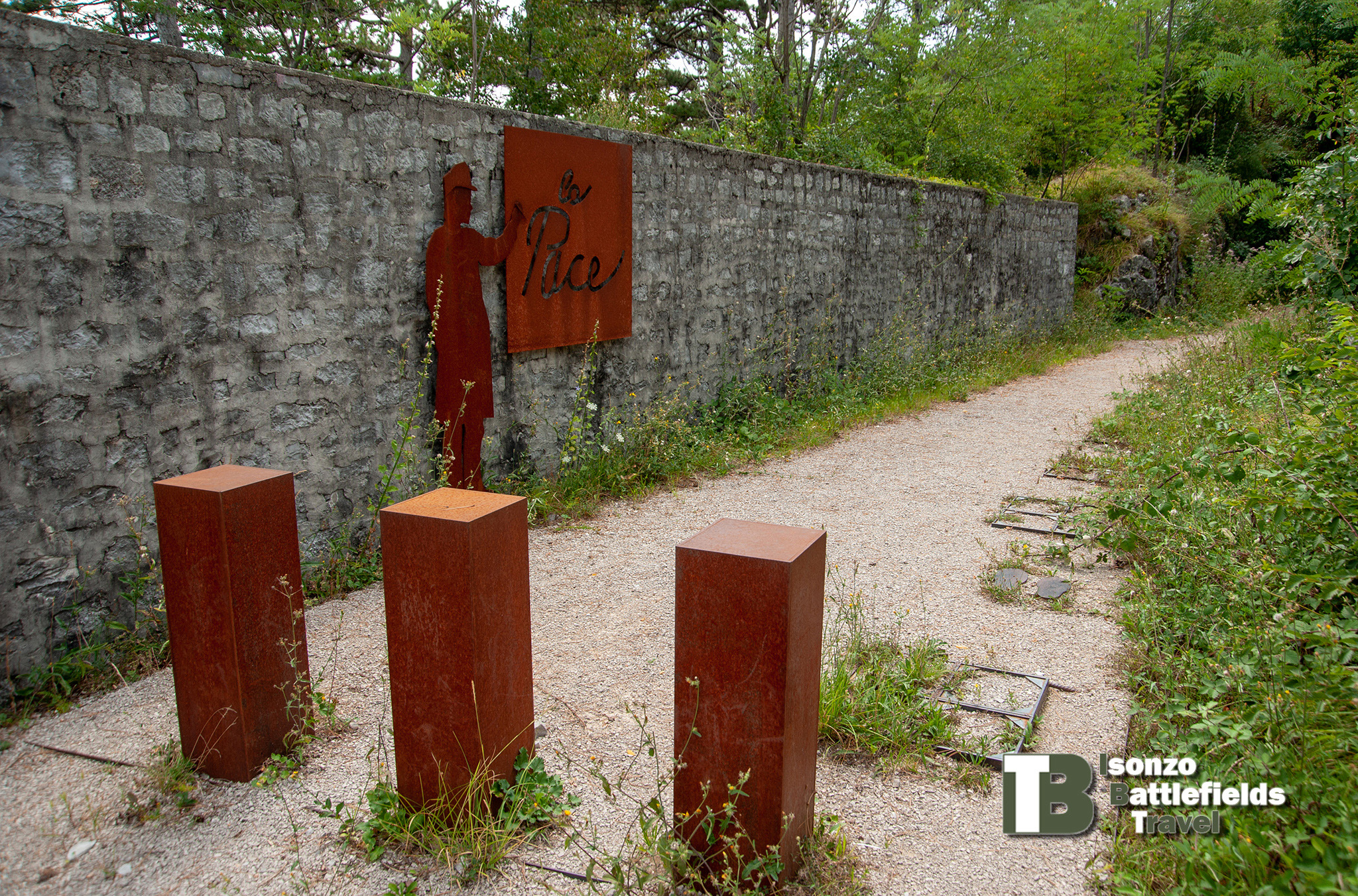 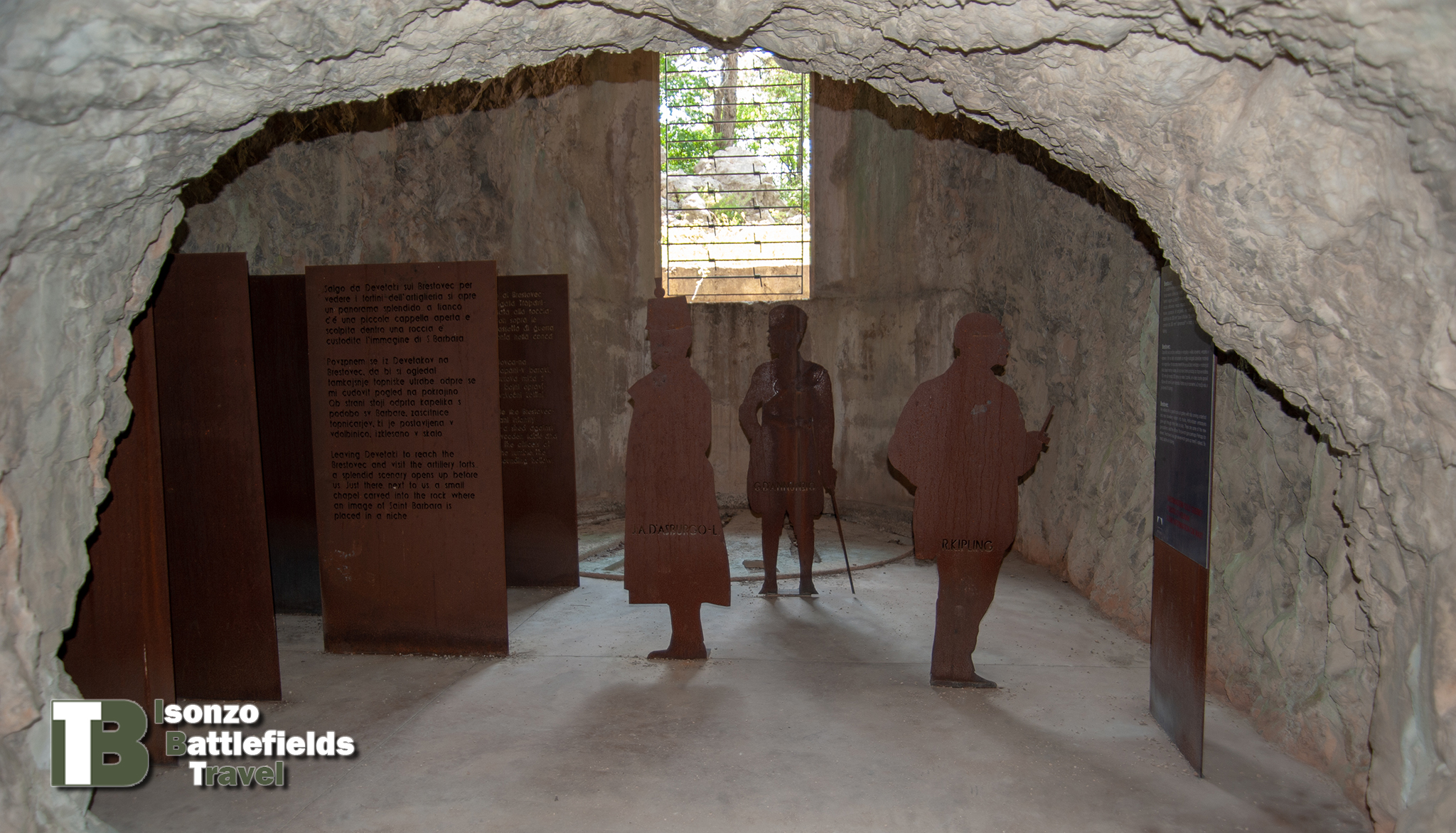 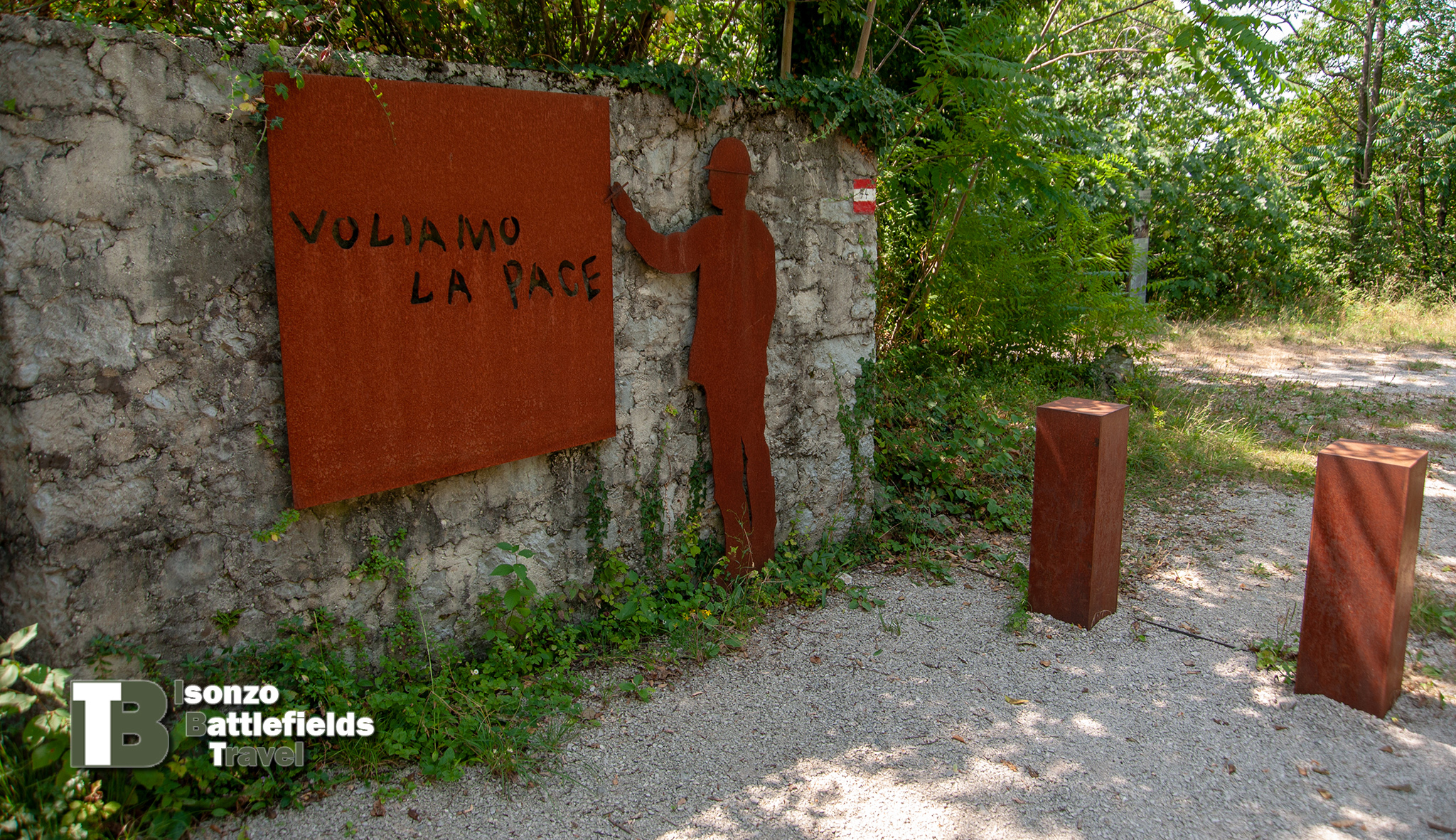 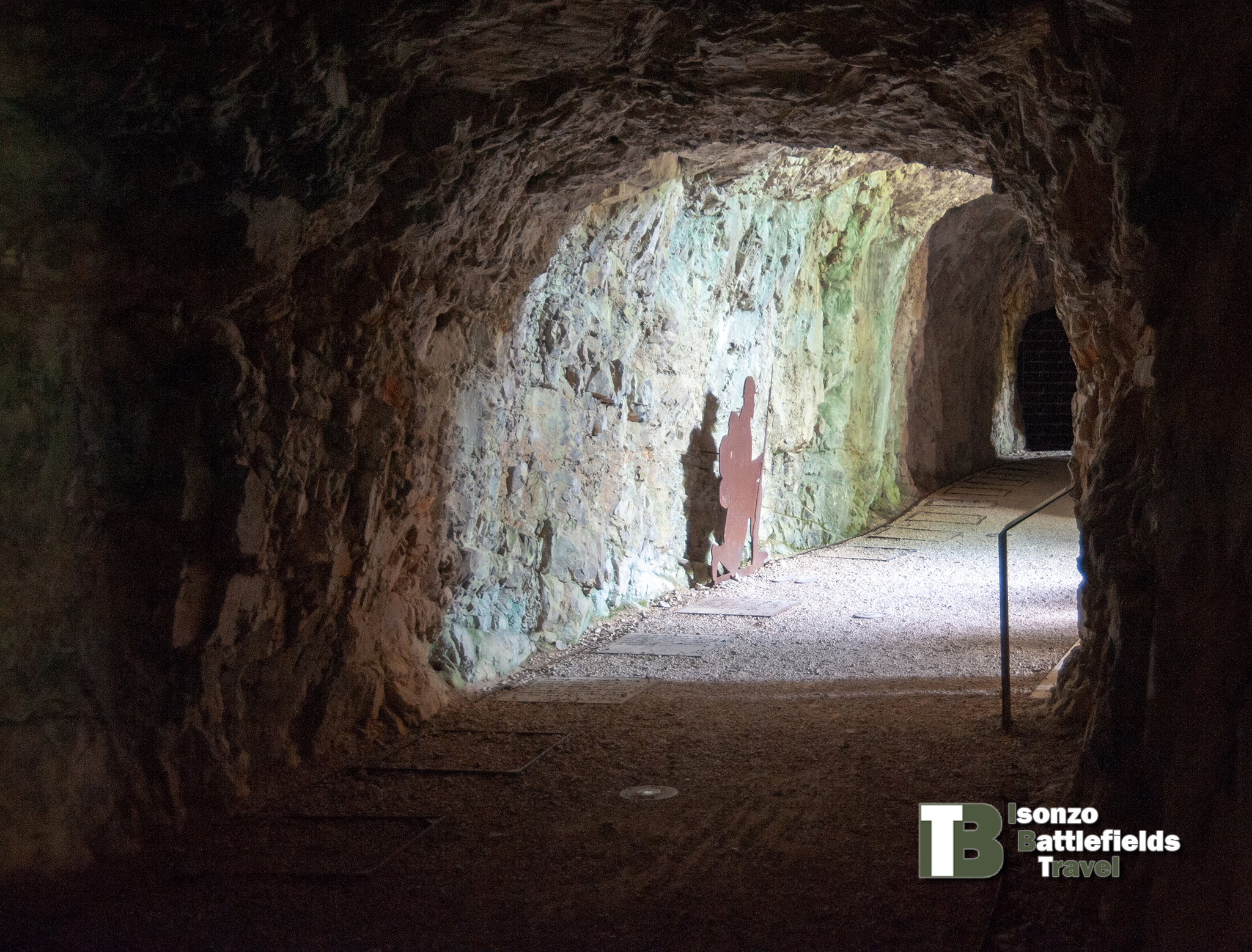 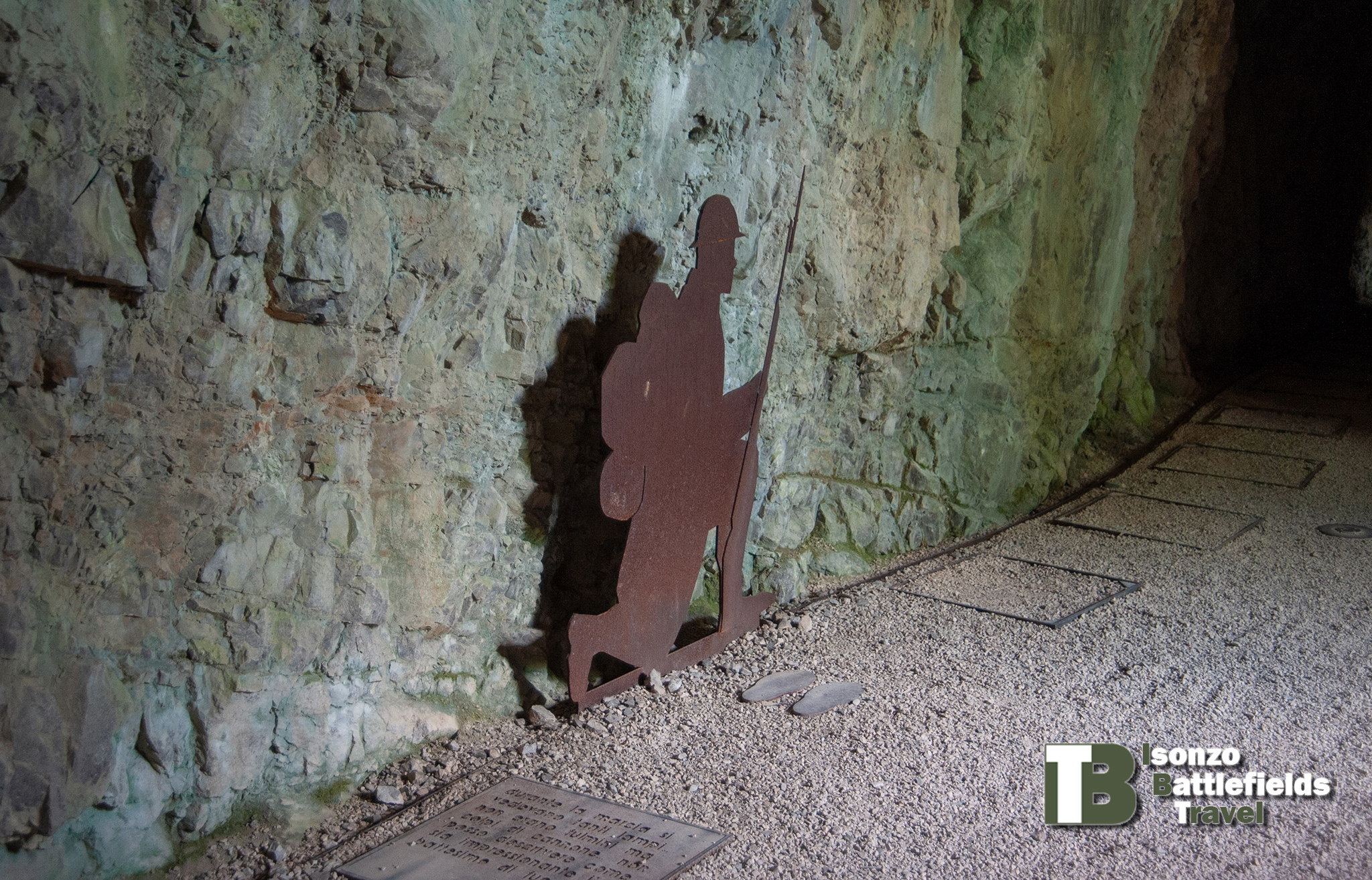 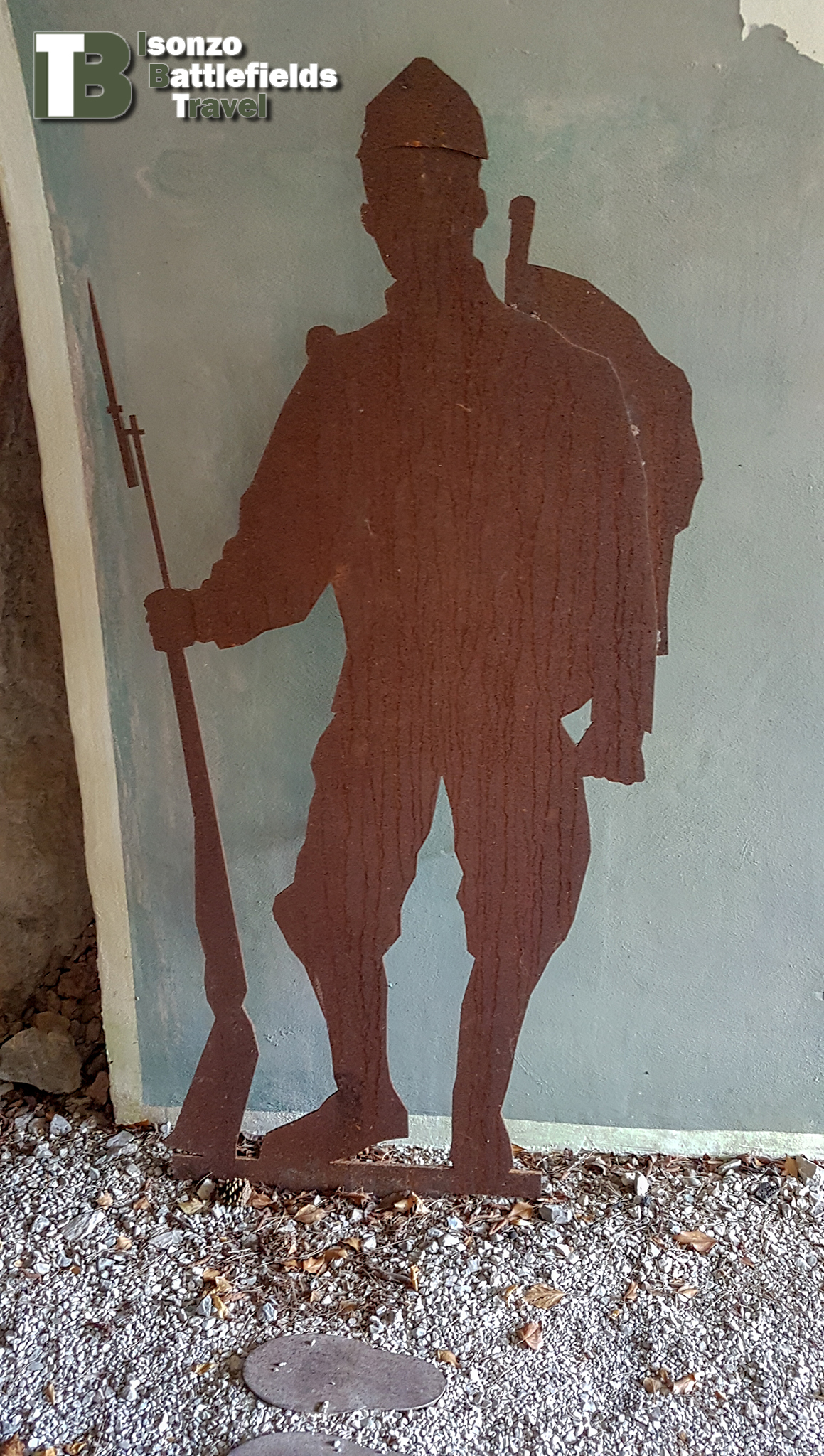 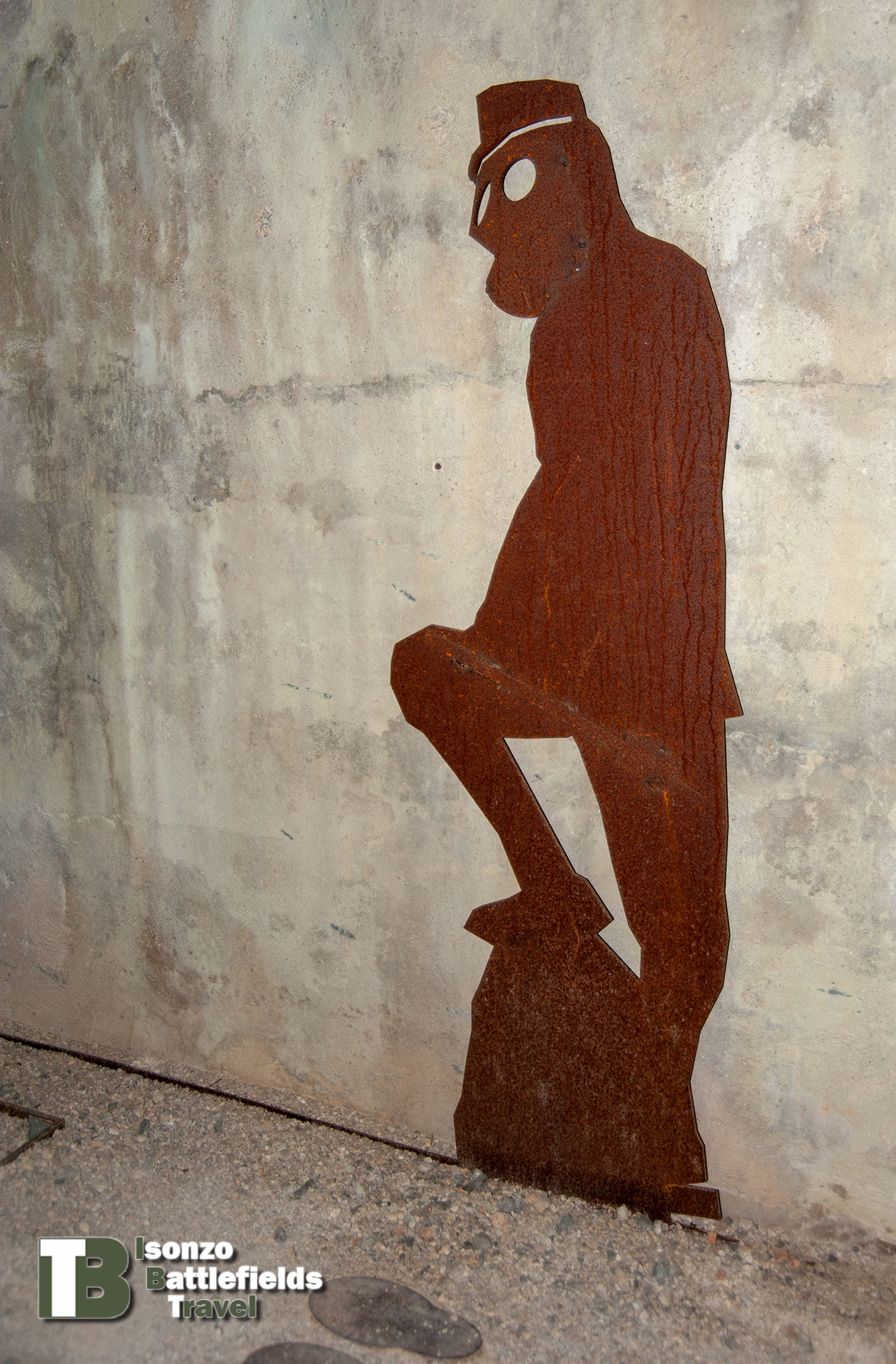 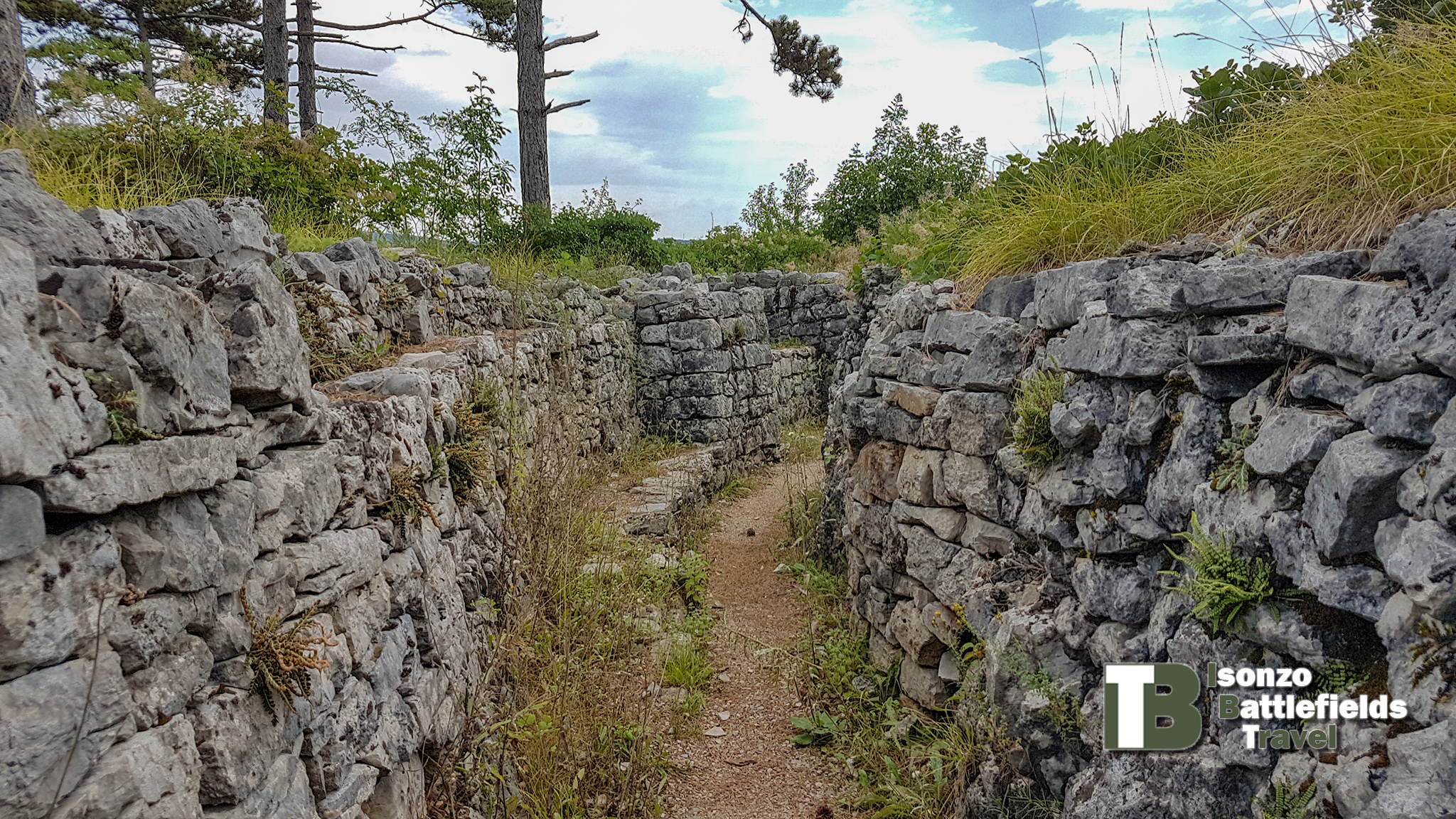 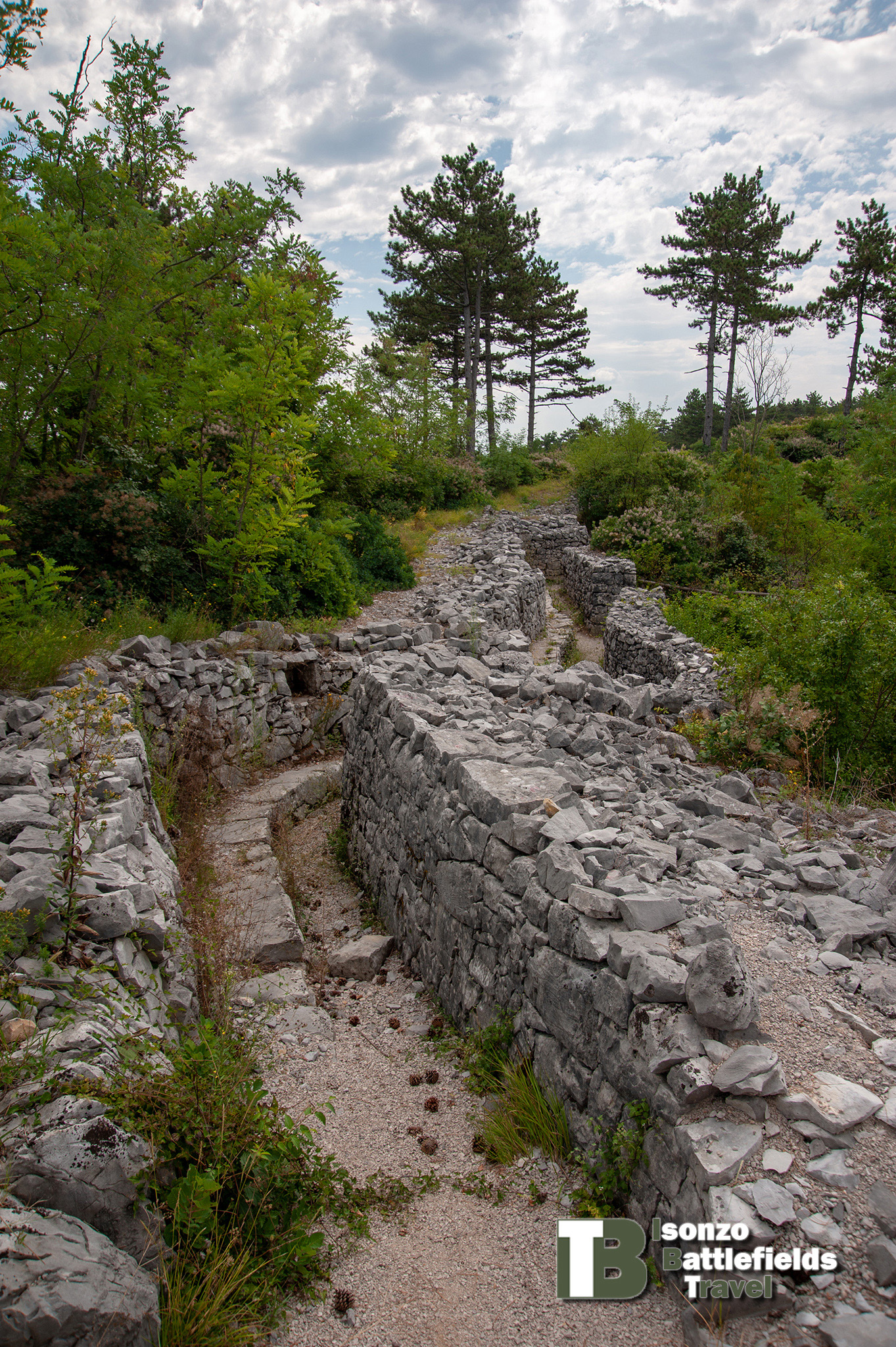 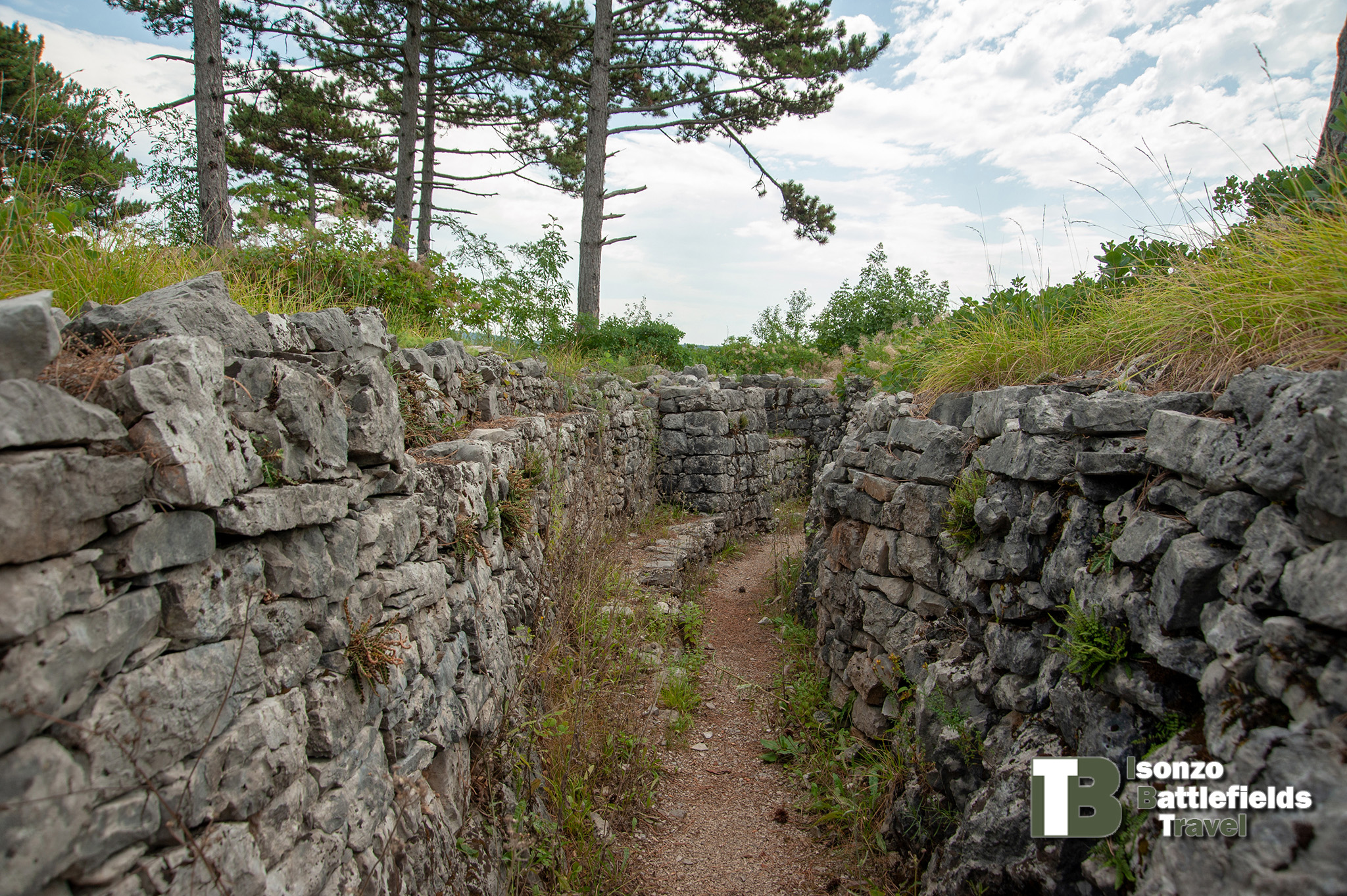 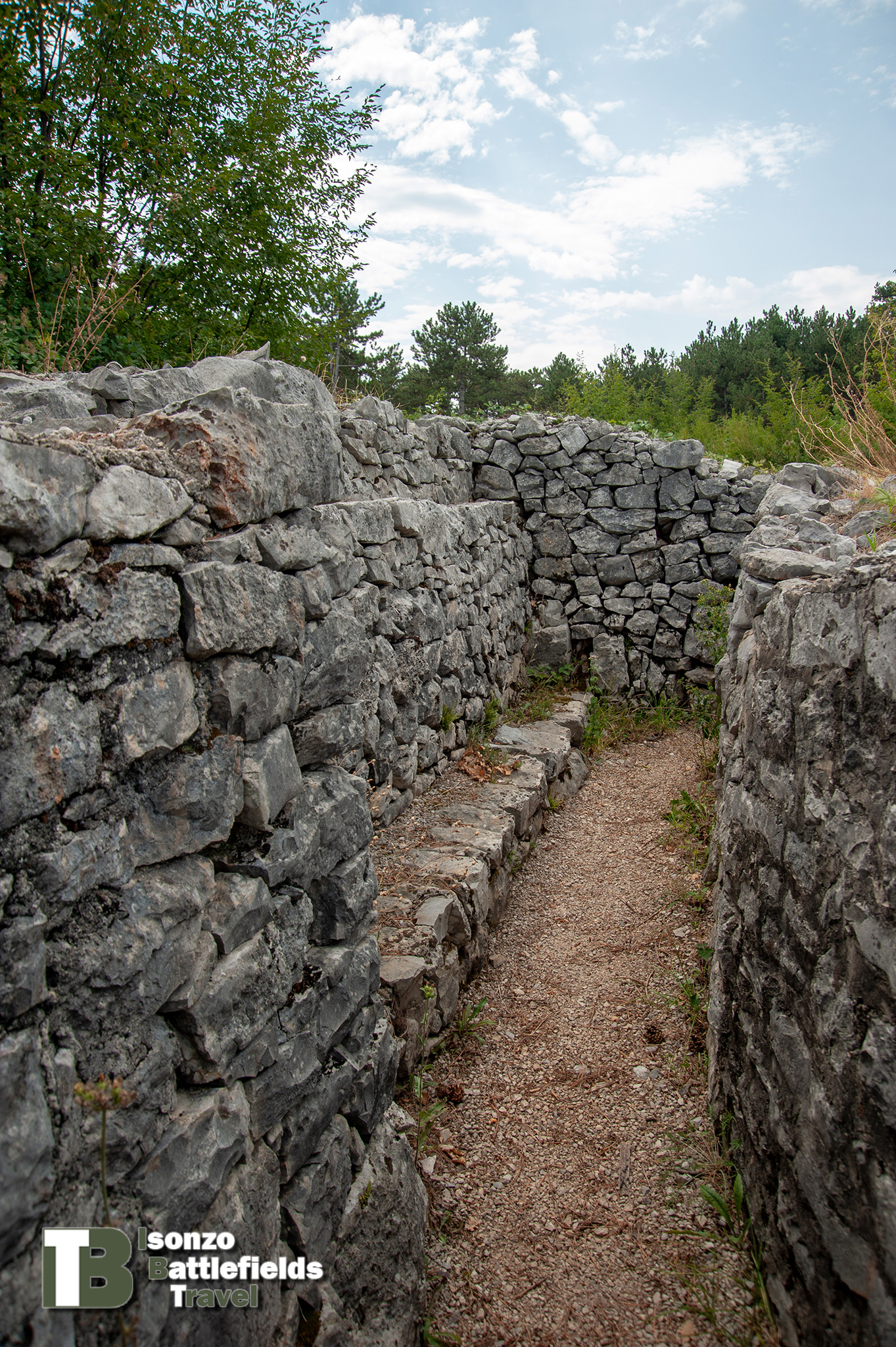