High above the stream of the Tolminka rises a wooden shrine – the Memorial Church in Javorca.
The Memorial Church of the Holy Spirit in Javorca is dedicated to fallen Austro-Hungarian defenders of the Tolmin battlefield on the Soča (Isonzo) Front (1915–1917).
As the finest monument to the First World War in the territory of Slovenia, in 2007 the church was classed as a historical monument bearing the European Cultural Heritage sign.

It is also one of the stations along the historical Path of Peace trail, which links together monuments and remains from the First World War in the upper Soča region.
Over the entrance door the inscription reads:
This monument was built during the war by members of the 3rd Mountain Brigade, a battle unit of the15th Corps, in honour and memory of their comrades who fell here. Built in the period from 1 March to 1 November 1916.
The building was designed by the Vienna painter and stage set designer Remigius Geyling (1878–1974), then a first lieutenant, while the organisation and management of the construction was headed by the Hungarian-born Lieutenant Géza Jablonszky.
It was built by Austro-Hungarian soldiers who were skilled in various trades; the walls and lower section are of stone, while the upper part of the construction is of larch.

The viewing terrace by the church reveals a vista of the magnificent Rdeči Rob (Red Margin), the enchanting chain of the Tolmin-Bohinj mountains, and also takes in the rolling gentleness of the surrounding hills.
Above the entrance rises the bell tower with a sundial, the imperial crest and the inscription PAX (peace). The exterior is also adorned with the crests of the 20 provinces that made up Austria-Hungary.
In the interior, scorched into oak panels symbolising the pages of a memorial book, in the system of the military hierarchy are the 2564 names of Austro- Hungarian soldiers who fell in surrounding battlefields and are buried at Loče near Tolmin. 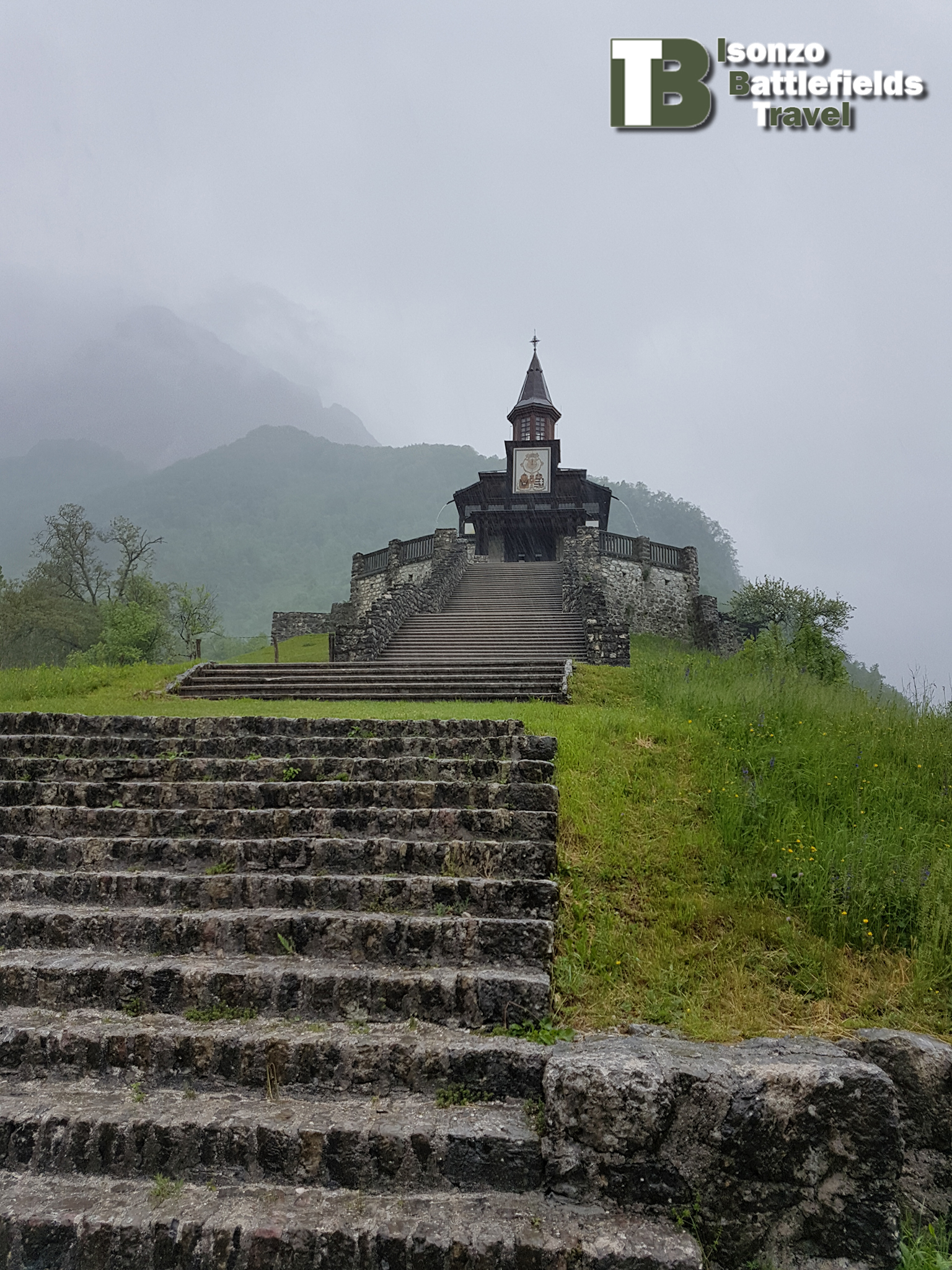 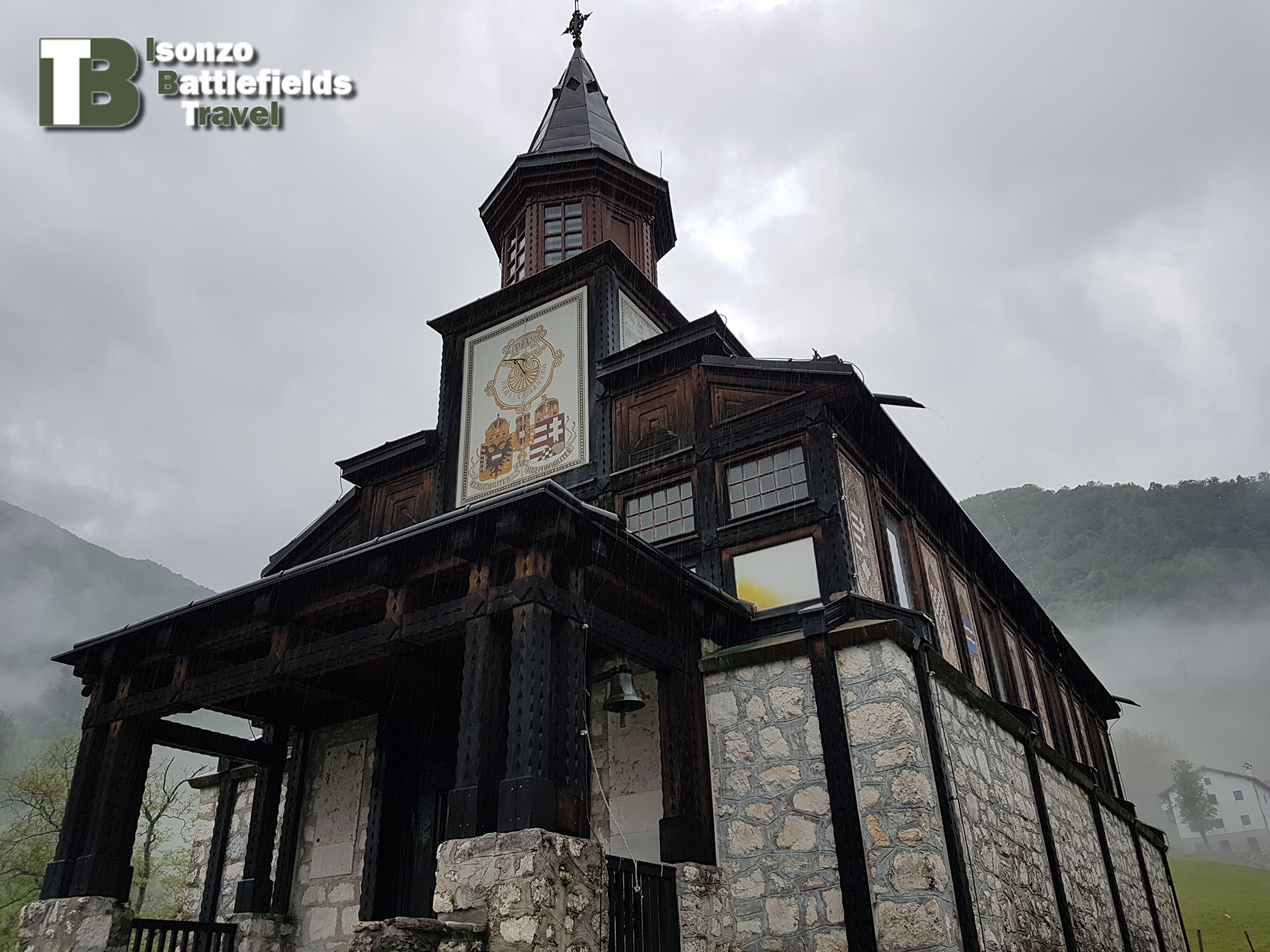 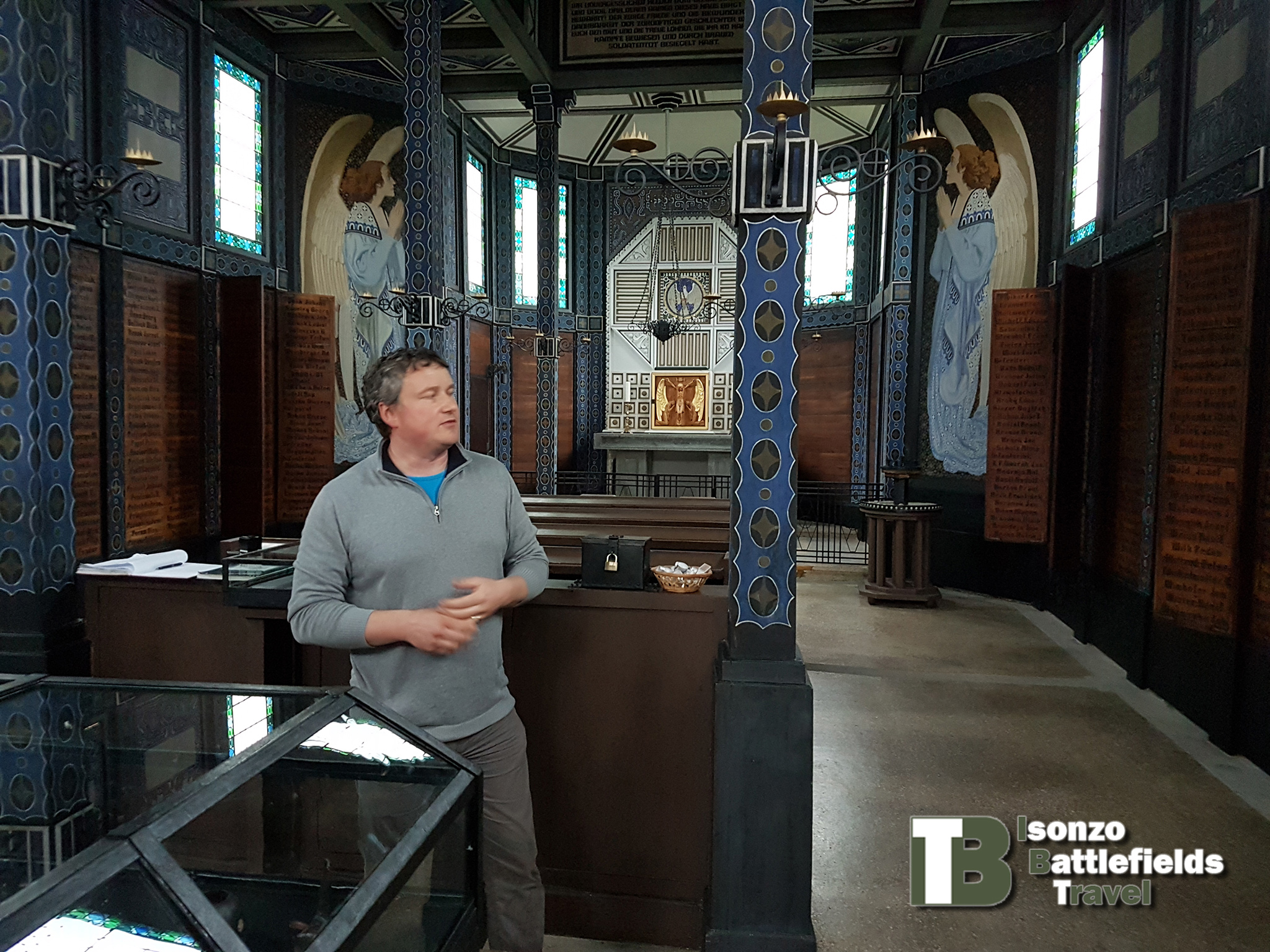 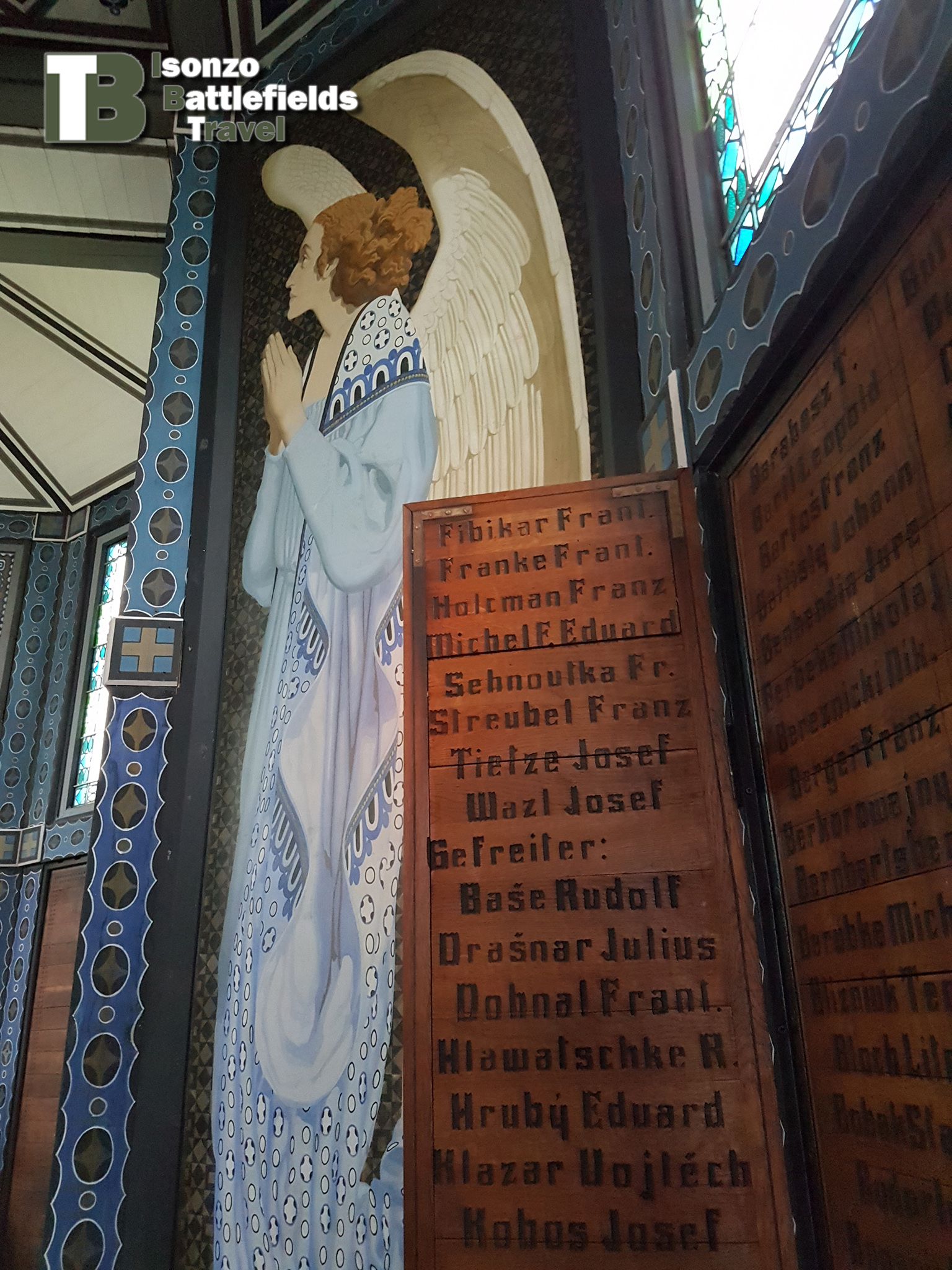 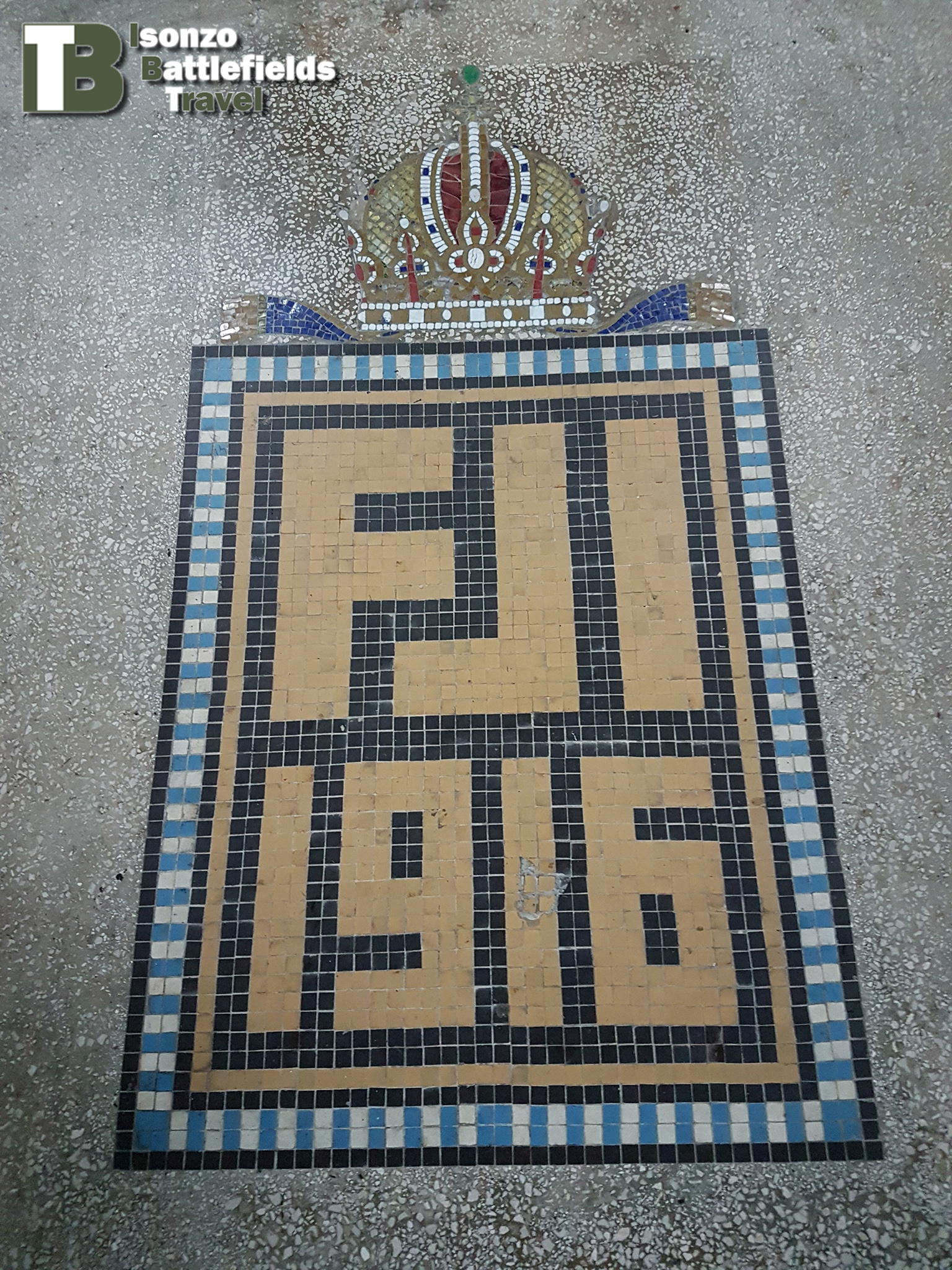 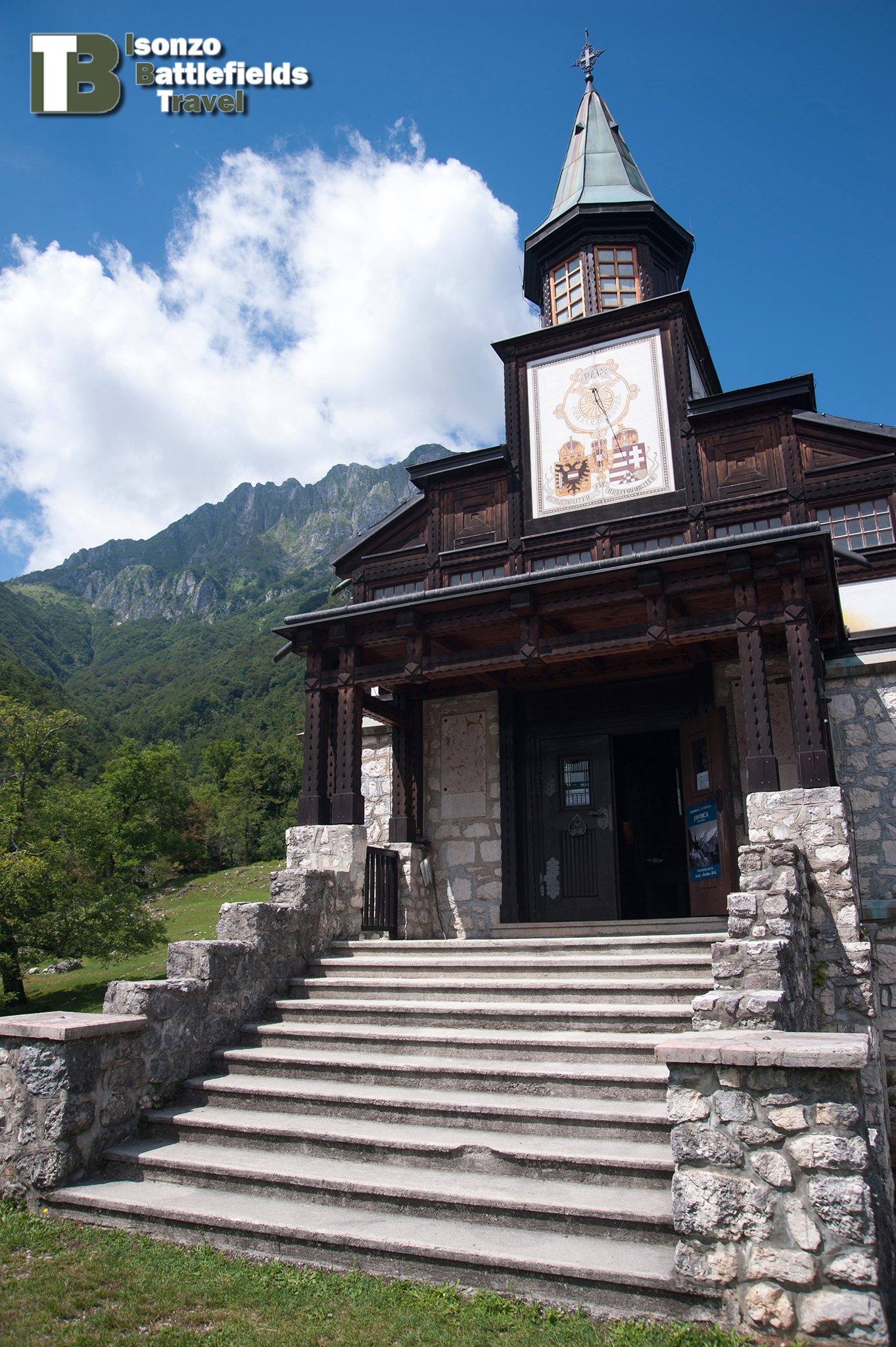 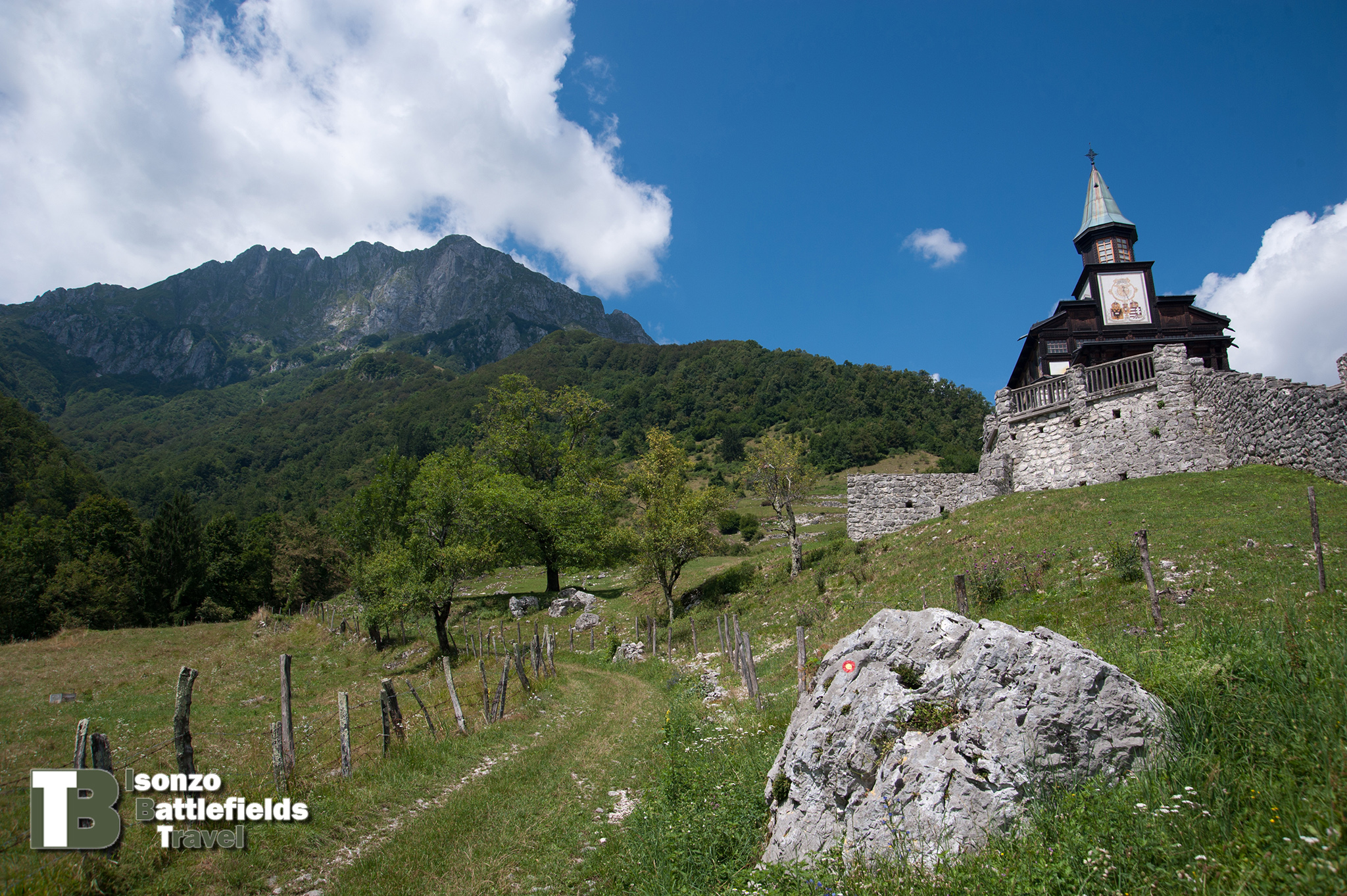